It is the year 1972. A savage murderer keeps a western Italian city in terror. Every morning a new slashed woman's body is found. An experienced detective, Claudio Morante, starts to investigate the case, which turns out to be more difficult than expected. Will he be able to stop the killer in time, when the... Night Screams for Mercy! 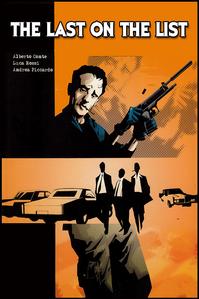 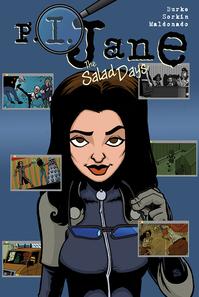 The mystique of X-files with a twist of Twin Peaks.The human body consists of roughly 60% water. Imagine if you could manipulate that percentage to shape and alter the human form. That’s exactly what doctors at the Weirdsdale Spa and Country Club have been doing; at least until a routine butt tuck goes horribly wrong. After spending her life savings on a ground breaking but controversial, cosmetic surgery, Alice Galloway disappears. When her twin sister, Inspector Marla Galloway shows up at the Weirdsdale Spa looking for answers, officials are already in cover up mode. The last thing they need is a rogue cop snooping around. 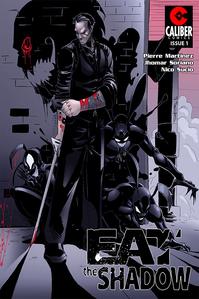 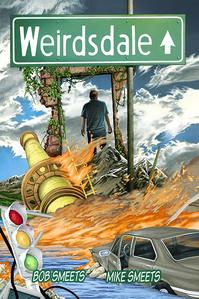 He's a contract killer and he's an unlucky bastard. He made a mess of a simple work and Momo, his Boss, gives him now a last chance to remedy and save his life. But he's a loser and his chronic clumsiness creates a pile of dead bodies. Now he's a sitting duck for Momo's gang. In a secondary story, “WOPS”; Don Palermo is dead, long life to the new Godfather! But leading the Family is for "real men" and the new Boss has secrets that make his way of life too "difficult" for the Mob. This is the story of the brief and tragic reign of a new Mafia Godfather, lasting only a few hours. It’s a family drama narrated with cruel irony.

In a similar vein to ONCE UPON A TIME IN HOLLYWOOD. A fast paced tale of murder, motorcycle gangs, Charles Manson, and an actor who starred as television's Marshal Hondo Bradley. This is the story of Rory Hawkins, a novelist and war veteran with a troubled past, and George Clayton, an aging (fictional) actor who starred in the 1950's western TV series Outlaw Pass, as they inadvertently come in contact with the Manson Family and become targets of its bloodlust in Los Angeles during the summer of 1969. The same time the Manson's plotted and went on their killing spree. 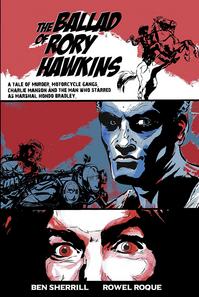 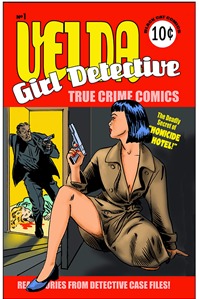 A noir 1950's style detective series about a former burlesque show girl who turns private eye. Her name is Velda Bellinghausen and she used be a showgirl at the Slotnik Follies. But after getting tired of shedding her clothes twice a day, four times on weekends for matinees she decides to follow-up on a matchbook ad for the Hawkshaw Course on Detection. And it was the best twenty bucks she ever spent. And now she is in business for herself. 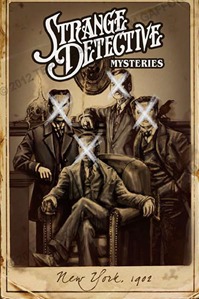 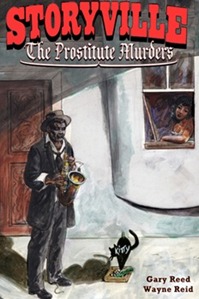 In the vein of The Alienist, Ripper Street and Copper. Set in 1910 New Orleans. Dr. Eric Trevor has just been named Chief of Staff at the Saint James Infirmary. It's a new time for psychiatry where patients are evaluated and treated for a cure instead of being locked away forever. But elsewhere, in the infamous red light district of Storyville someone is murdering prostitutes and their customers and Detective Donahue is now forced by the mayor and his superiors to approach Dr. Trevor for his assistance in solving the murders. A unique perspective and insight of medicine and law enforcement at the beginning of the last century. 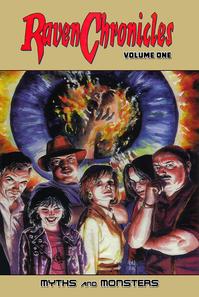 Set in 1902 America, Arthur Conan Doyle, HG Wells, Harry Houdini, Nikola Tesla, and Bat Masterson are called together to solve the mysterious death of Edgar Allen Poe. A death some believe to be murder. Soon they discover an evil that could consume the very world. A unique series that has action, drama, crime, murder, and a bit of steampunk added in for flavor to entertain audiences.

A series of new adventures featuring the legendary detective and assistant. Here, in one case, Holmes and Watson are requested in France to unravel a death at the famed Moulin Rouge. Although the murders seem random, Holmes instantly recognizes something is afoot and searches for clues in his usual manner. He also gains assistance from notables such as Oscar Wilde and Toulouse Lautrec. Additional tales of Holmes and Watson taking on Dr. Jekyll and Mr. Hyde, and Holmes matching wits with the infamous Phantom of the Opera.

A unique team of operatives, under the auspices of the mysterious organization of Raven, Inc., are brought together to investigate any and all cases of paranormal activity. Formed of both skeptics and believers alike, the team is often called in by standard or local authorities when cases prove to be too bizarre, too unusual, or just plain insolvable. It's the X-Files meets Mission Impossible. And the cases are not always as straight forward as you would think.

Marilyn Monroe, John F. Kennedy, the Mob, Fidel Castro, J. Edgar Hoover, the CIA...the 1960's were a breeding ground of a conspiracy of secrets, a conspiracy of murders and cover-ups. The true facts behind some of these were supposedly written down in Marilyn Monroe's diary. However this dairy disappeared upon her death, lost to time, seemingly forever. But now, years later, a man claims to have the Red Diary and more, and it is about to blow everything out into the open and make certain people very nervous even after all these years.

It's Boston in the 1920's. Famed, high society, and respected Harvard archaeologist Clifton Jennings, international adventurer and discoverer of ancient treasures, has some adventures no one knows about. He's a member of a Secret Society, one that guards against threats and unscrupulous meddlers in the black arts. But when he must reluctantly team with an unorthodox gumshoe private eye that is when the real trouble begins as they make for the most unlikely of investigative duos. And must tackle the most unusual of cases. 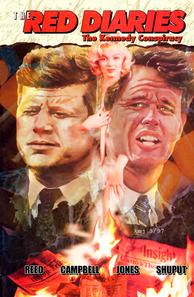 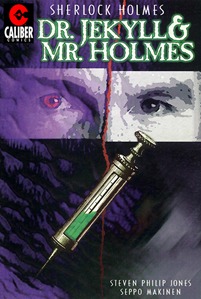 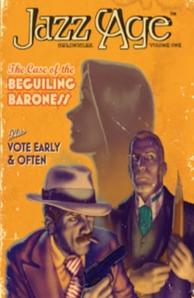 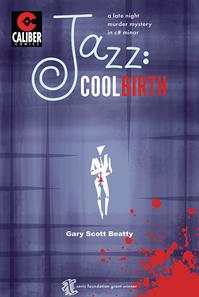 In the vein of Veronica Mars with a touch of The Office. Jane Day's a twenty-something temp-by-day, detective-by-night...and also sometimes during the day. Jane straddles two worlds: Reality - in boring grayscale - and her Imagination - in full, vibrant color. Jane uses the fantasy to cut through the tedium, living as much inside her head as out. She has hooked up with a group of bored housewives who offer their services as private detectives. And being the young 'rookie' of the group gets stuck with cases at the bottom of the pile.

From the martini crowd at the uptown piano bars to the whiskey cats at downtown's Skylarks, piano man Dean Fontessa had thought he'd seen it all. But when he agrees to beat chops with the local pounders about a nixed out gabriel, he finds the jazz crowd takes care of its own. Do you dig? A murder mystery set in a 1957 jazz club, with illustrations inspired by '50s album cover designs that give this comic book story a unique style all its own. 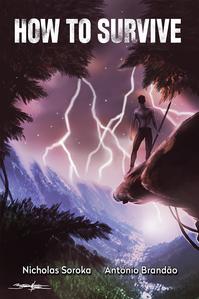 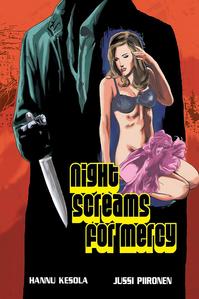 A man wakes up naked, alone, and stranded in the wilderness.  The sole survivor of a plane crash. With no memory and no backwoods experience, he must withstand the elements, face brutal predators, and unravel the mystery of how he got there. All the while fighting his paranoid feeling there is someone out in the woods watching him. And when we comes across a series of derelict planes and vehicles from past decades the story becomes more than a mere survival tale.

A grindhouse film-inspired revenge thriller in the same vein as Kill Bill, with the sheer grit and dark, supernatural overtone of The Crow – Eat the Shadow tells the story of Kenji, who with the help of his dead brother’s ghost, hunts down the infamously sadistic yakuza boss who slaughtered his family. At its heart, Eat the Shadow is an interpretive exploration of the Jungian concept of the “shadow”, and aims to dive into the darkest depths of human consciousness, albeit in a very brash and unapologetically satirical fashion – blending hard gritty action with vibrant eye-popping psychedelic sequences.