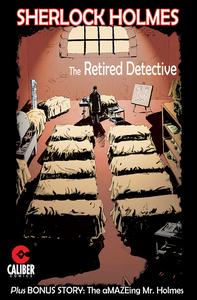 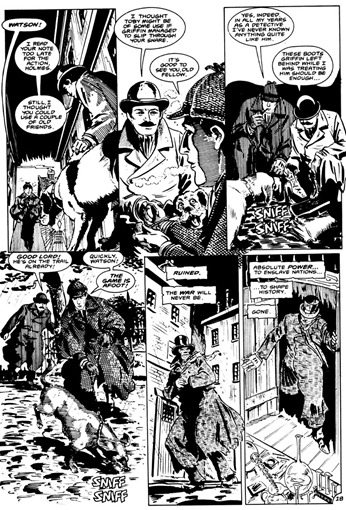 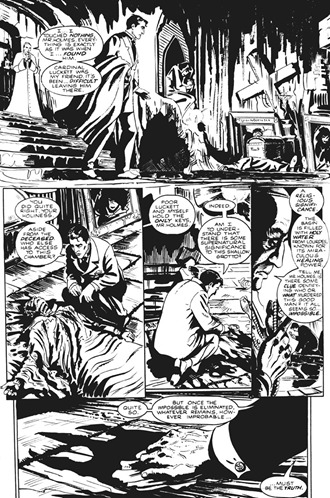 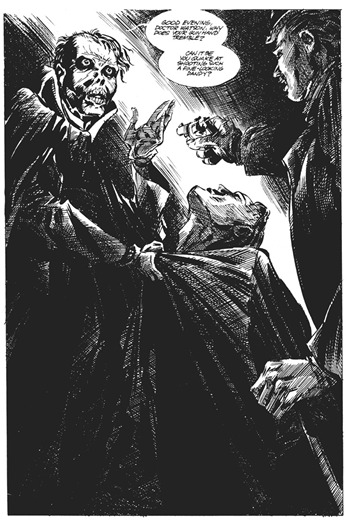 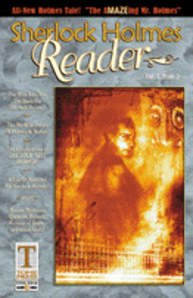 A stunning unique series of graphic novels featuring the world’s most famous detective. Caliber has produced an all new set of stories featuring the great consulting detective as he encounters some of the most famous characters of his time, whether based on real or literary figures. Although the events and storylines incorporate aspects not written by Sir Arthur Conan Doyle, every attempt is made to keep the integrity of the Holmes classics intact.

ADVENTURE OF THE OPERA GHOST

Dr. Watson, after the recent death of his first wife, is asked to call in Holmes to investigate a mysterious “ghost” who haunts a French opera house. Holmes, who declares that there is no such thing as ghosts and that everything has a logical foundation, accepts the challenge and discovers the opera house is indeed haunted, but not by a ghost but rather a mysterious figure known as The Phantom of the Opera!

Homes nearly goes mad when he discovers the truth about Count Dracula. With the assistance of professor Van Helsing, Holmes seeks to uncover the truth about the creatures of the night. Moriarty, Holmes’ arch-enemy joins the count to plunge London into an all new dark age. With the assistance of famed actress Sarah Berhardt, Holmes seeks for the clues to unravel the puzzle of the undead returning to life.

A CASE OF BLIND FEAR

Set in the chronology of the classic H.G. Wells novel, Sherlock Holmes investigates the tragedy of the Invisible Man as young Dr. Griffith, benedictory of the special serum, descends into madness.

Sherlock Holmes comes in to discover the terrible secret that the noted physician, Dr. Jekyll is hiding. During his investigation, Holmes discovers the unbelievable saga of Dr. Jekyll and Mr. Hyde, two personas inhabiting the same body.

Sherlock Holmes is dragged into the world of the occult as famed mystic Aleistar Crowley attempts to bring back the evil that has inhabited the foggy confines of Loch Ness.  Holmes must put aside his own beliefs and deal with the reality of what awaits.

RETURN OF THE DEVIL

All of Holmes’ greatest fears, both real and imagined, attack him during his dreams. Now they consume him in his waking hours. Can it be true that Professor Moriarty had indeed returned and inflicted Holmes with an all too common disease....drug dependency?

Brief Description:  All new adventures starring Sherlock Holmes (and Dr. Watson) as they come up against some of the most popular characters during their time, whether real or literary. Examples include Dracula, Invisible Man, Dr. Jekyll and Mr. Hyde, Aleistar Crowley, and many more.

Key Elements:  Sherlock Holmes, of course. Mystery, delving into the supernatural, tales that will bring together some of the most famous literary heroes of all time with the possibly one of the most recognizable names on the face of the planet, Sherlock Holmes.

Association:  Recent Holmes movies have become blockbusters and hits both on film and television. Holmes is an instantly recognizable figure to viewers and they have a comfort level with him seldom seen in other characters.

Format:  Each Holmes story can be self-contained yet the potential for a regular Holmes feature pitting him against or with real and fictional characters during his life time is very appealing.

Additional:  Homes is one of the greatest icons in the world, ranking up there with Superman and Mickey Mouse. The public seems always willing to devour him as long as he is treated with seriousness and respect. 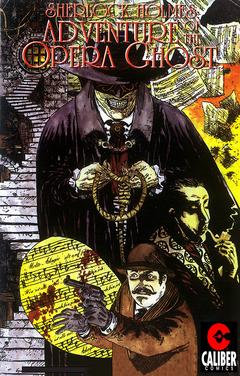 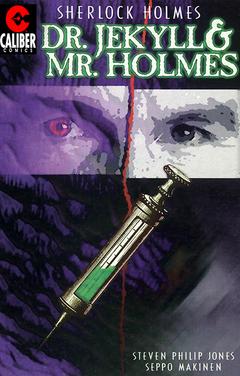 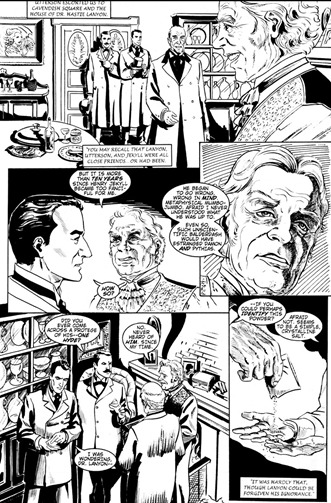 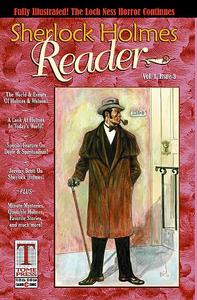