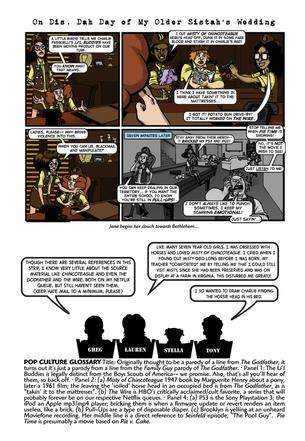 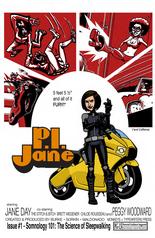 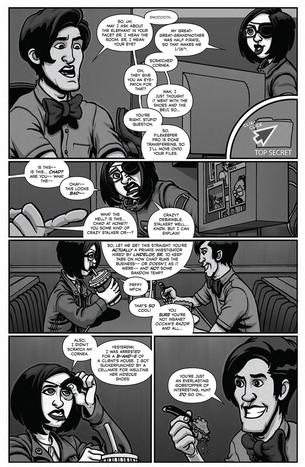 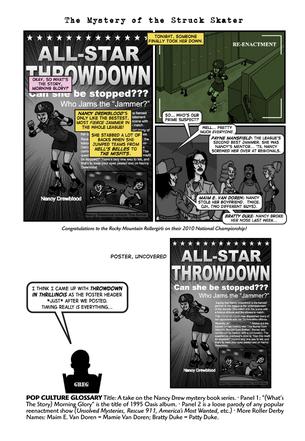 "It's a grown-up Nancy Drew with a heavy dose of pop culture." 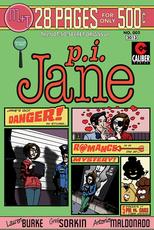 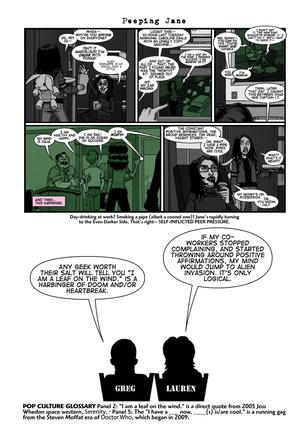 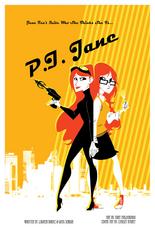 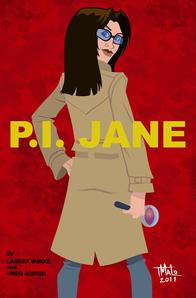 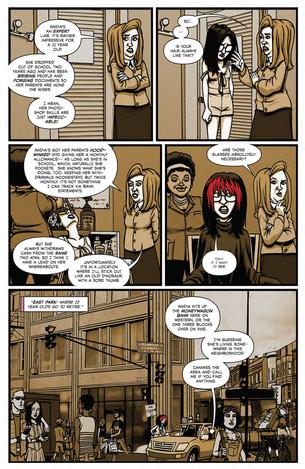 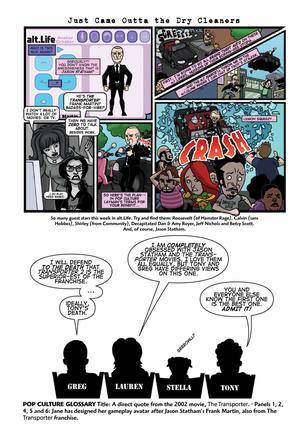 Jane Day's a twenty-something temp-by-day, detective-by-night...and also sometimes during the day. Jane straddles two worlds: Reality - in boring grayscale - and her Imagination - in full, vibrant color. Jane uses the fantasy to cut through the tedium, living as much inside her head as out. Her wheelhouse is the weird. Not necessarily the macabre, but just the...strange. She has hooked up with a group of bored housewives who offer their services as private detectives. And being the young 'rookie' of the group gets stuck with cases at the bottom of the pile. Collecting the first two volumes, several years of the P.I. Jane webcomic, into a mighty voltron of pop culture references and pro-am investigation, The Salad Days takes you for a ride-along on such cases as bootlegger minors, fun at the roller derby, and a trip to River Heights to get her Nancy Drew on. Aside from The Salad Days graphic novel 3 comic issues have been published that explores additional cases Jane Day has investigated.

“Fans of The Venture Bros. or Buffy will enjoy the humor of this comic and will want to catch up on the fun that is P.I. Jane!” - Crisp Comics

“A sassy webcomic with plenty of pop.” – Comic Book and Movie Reviews.com

In the vein of Veronica Mars with a touch of Scrubs, The Middleman and The Office, here we have a sassy temp worker that envisions herself as a private investigator. 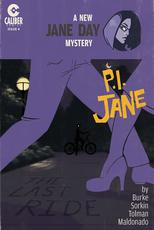 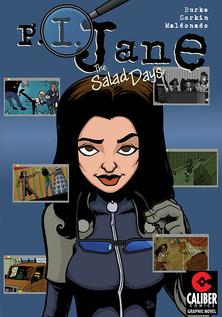 P.I. Jane - Now in development as a television series with Lighthouse Pictures