Rowel Roque is both a penciller and inker based in the Philippines and has worked on a number of projects including Sleepless and Binary Gray from Assailant Comics. He was also the artist on Lethal: Death Squad Rising. Rowel has also done animation work and was a contributor to titles such as Winter’s Eye and Bloke’s Terrible Tomb of Terror. 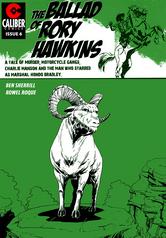 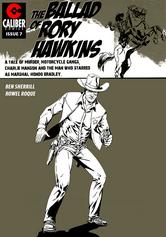 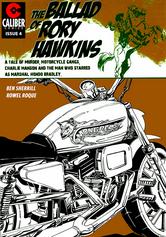 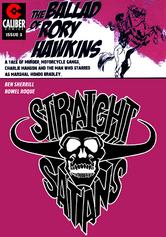 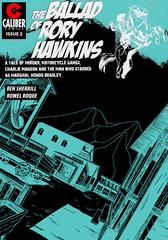 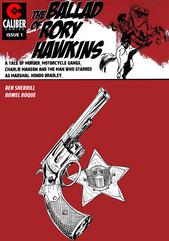 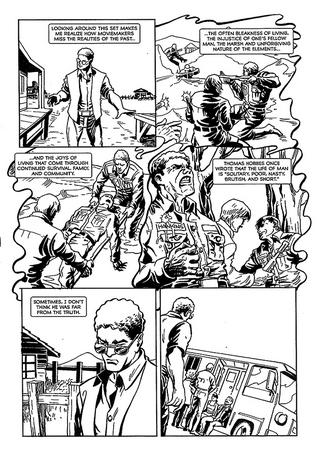 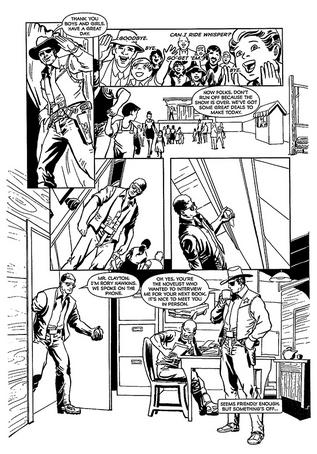 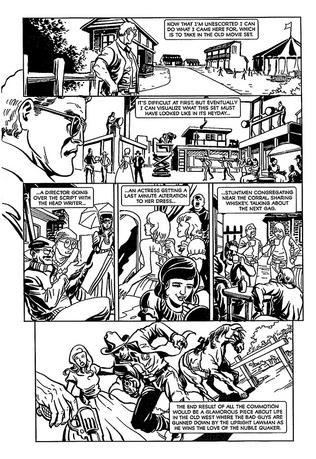 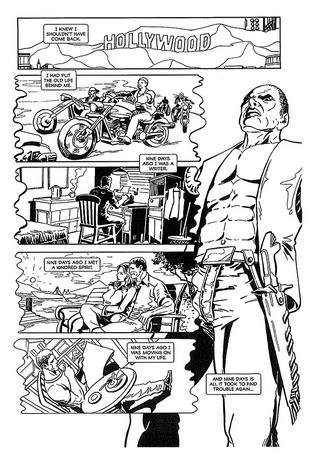 This is the story of Rory Hawkins, a novelist with a troubled past, and George Clayton, a (fictional) actor who starred in the 1950s TV series Outlaw Pass, as they inadvertently come into contact with the Manson Family and become targets of its bloodlust in Los Angeles during the summer of 1969.

This is a work of historical fiction. But many of the characters are real, and the story is rooted in historical fact, specifically Manson's desire to target celebrities for violence and his residence compound at the Spahn movie ranch. Also, the story takes place during a very specific historical timeline (Saturday, August 2 - Monday, August 11, 1969), and the events are intertwined with the Sharon Tate and LaBianca family murders that took place during those days. It features meticulously research on the Manson murders and the narrative has been developed in a way so that the events in the story could be historically plausible and a resolution is reached without contradicting the historical record.

After three years away, RORY HAWKINS, a novelist, Korean War veteran, and ex-member of the MONGRELS motorcycle gang (think Ernest Hemingway meets Hell's Angel), is back in Los Angeles to conduct research for his next novel. As part of his interview with GEORGE CLAYTON (who played Marshal Hondo Bradley in the 1950s TV show Outlaw Pass), he and Clayton visit the Spahn movie ranch where CHARLIE MANSON and members of his "family" are plotting a series of high profile celebrity murders. Unbeknownst to Hawkins and Clayton, Manson has a hit list, and Clayton's visit to the ranch has moved him to the top.

When Rory and George are attacked the next evening, they are able to fight off their attackers. However, the defense of their own lives sets off a series of events that not only brings the full force of the Manson Family down upon them, but puts them in the crosshairs of the homicidal members of the STRAIGHT SATANS motorcycle gang as well.

As the news of the Sharon Tate and LaBianca murders break, Rory finds himself dealing with constant attempts on his life, the protection of George Clayton and his family, a budding love affair with an aspiring artist, the pull of an old alliance that nearly destroyed his life three years ago, and a manipulative young woman who plots to have him killed even as he tries to help her.

With their lives teetering on chaos, Rory and George enlist the help of MOSSY, Rory's old Marine buddy and President of the Mongrels gang, but Mossy's help may come too late as Manson and his followers hound them at every turn and force Rory and George into a final showdown at the Spahn movie ranch.

In a similar vein to ONCE UPON A TIME IN HOLLYWOOD!

A fast paced tale of murder, motorcycle gangs, Charlie Manson, and an actor who starred as Marshal Hondo Bradley. 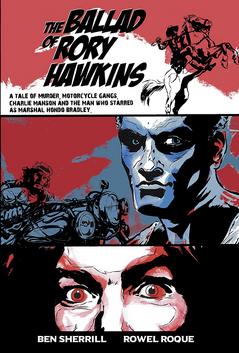 A 7-part series and graphic novel

The Ballad of Rory Hawkins