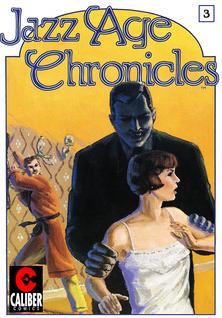 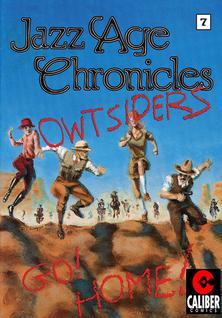 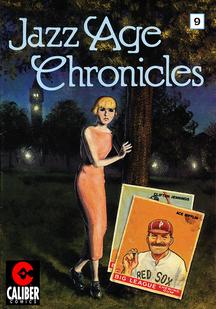 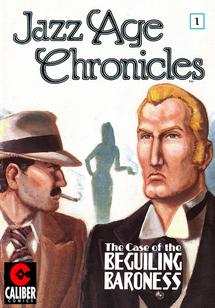 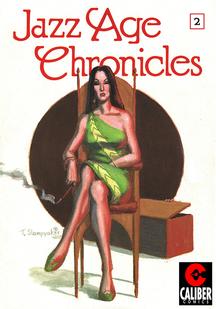 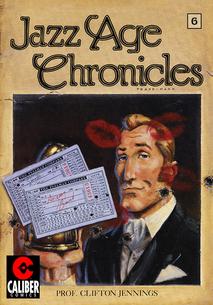 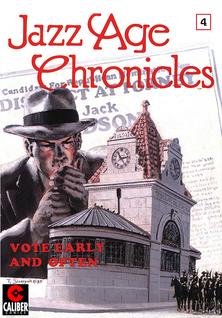 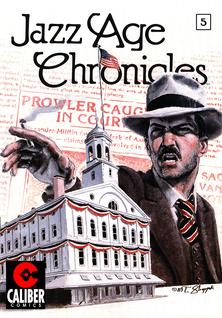 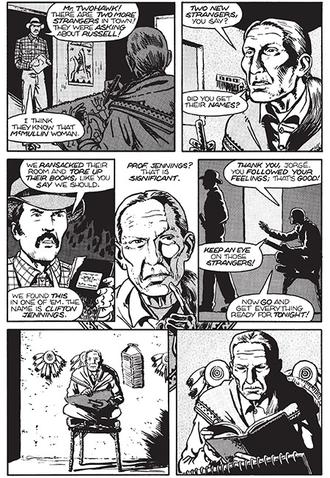 It’s Boston in the 1920s. Famed Harvard archaeologist Clifton Jennings, international adventurer and discoverer of ancient treasures, has some adventures no one knows about. He’s a member of a Secret Society, one that guards against supernatural threats and unscrupulous meddlers in the black arts. However when Jennings and his Secret Society reluctantly hire a resourceful yet seedy private eye by the name of Ace Mifflin to assist them on certain cases that’s when their troubles really begin. Where high society meets 'street smarts'.

Jazz Age, the comic series was nominated for an Ignatz Award in the category "Outstanding Online Comic" in 2003 and named one of the best webcomics of 2004 by The Webcomics Examiner. Jazz Age Chronicles has been collected and publishedby Caliber Comics as a two volume graphic novel series.

In "The Case of the Beguiling Baroness", Ace Mifflin, private eye, finds himself plunged into mysteries that go beyond his comfort zone of speakeasies and the streets of Boston. When famed archeologist Clifton Jennings' Secret Society needs to keep track of Baroness Von Treskam when she arrives from Europe who happens to be a notorious dabbler in the black arts, they hire Mifflin. And that's when things really get out of hand as she quickly disappears. And while the true fate of the Baroness remains a mystery, Jennings and Mifflin track down a killer that is beyond anything even Mifflin has experienced before. And even if they can catch the mysterious killer, how can they possible stop him?

In "Vote Early, Often", Ace Mifflin finds himself on the wrong side of the law as he attempts to help an old friend beat a murder charge. With almost everything stacked against him, can Mifflin not only clear himself but his friend as well? And what connection could all this have with a disaster in Mifflin’s past that nearly brought Boston to its knees? On the verge of finding the proof that he needs to clear his friend, his evidence disappears. And with the election primary coming up, can Mifflin reassemble all the pieces and prove his allegations that the real murderer is running for office?

In "The Flowers of San Pedro", Jennings and Mifflin travel to New Mexico to investigate the disappearance of Jennings’ old colleague, Professor Russell who was a member of his Secret Society organization. Here Mifflin finds himself completely out of his element as he travels out West and into the midst of cutthroats, Indian shamans, and occult evil. Now he has to deal with a town of very angry villagers and a secret tunnel covered with the mysterious flowers of San Pedro. But when the bullets start to fly, how do they stand a chance? And what connection could the flowers that Professor Russell was studying, the famed flowers of San Pedro, tie into the Professor’s disappearance? Mifflin finds that the crime ridden streets of his Boston neighborhood were nothing compared to what he experiences out West.

Also included in this volume is the story of the "Stranger in Bryn Mawr" - While Jennings and Ace Mifflin settle their differences in a heated game of baseball, young genius, Nora Carlisle, uncovers a mystery of her own at the college she is attending.

“...a very good period private-eye story... an excellent mixture of the realistic and the fantastic... pick up a copy. Grade: A.” - Don Thompson, Comics Buyer’s Guide

“[Ted Slampyak’s] backgrounds give a strong feeling of credibility to the plot. I really feel like the characters are in a city that exists. The story comes alive because of it....” - Gene Colan, Hall-of-Fame artist, Daredevil, Tomb of Dracula, Nathaniel Dusk 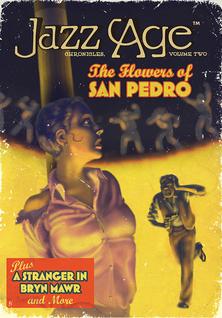 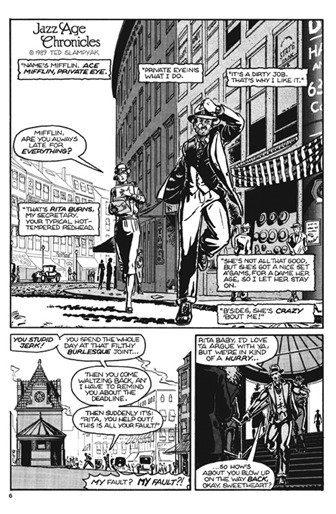 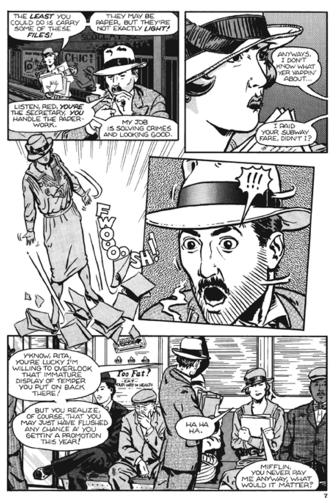 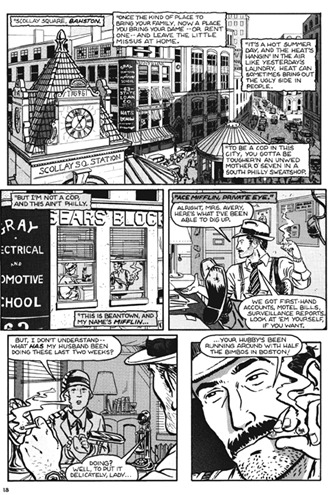 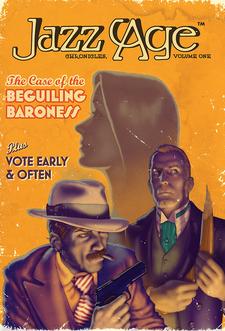