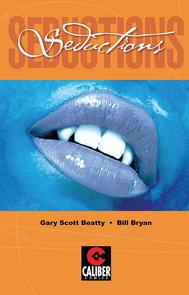 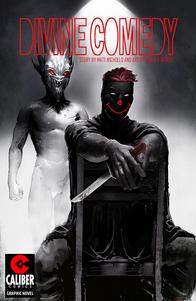 Amityville Horror meets The Conjuring. Newlywed couple Tom and Anna purchase the house of their dreams. Or so they thought. Soon however the dark past of the house, that served as a stage of vicious murders three decades earlier, comes to haunt Tom, who slowly starts to lose his mind and questions reality. It is soon revealed that there is an evil spirit on the premises that has been murdering the occupants on the property for over a hundred years and now it has its sights on Tom and Anna. 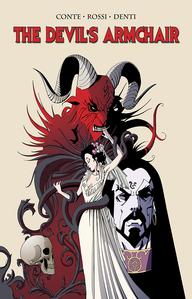 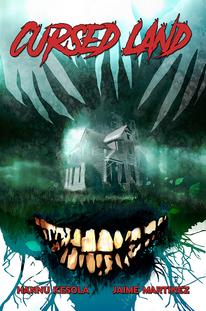 In 1828, two Irishmen named William Burke and William Hare murdered 16 people and disposed of the bodies to Dr. Robert Knox at Edinburgh University for dissection, setting in motion a scandal that would rock the world's medical establishment. Presented in similar vein as From Hell, a ghoulish true story of medicine, murder, and money set at the height of Edinburgh's enlightenment. In addition to the full length comic story this publsihed book is also fully annotated. 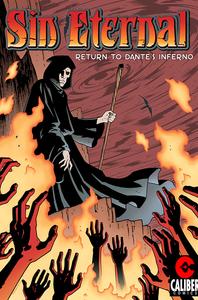 A modern retelling of the classic literature Dante's Inferno. Abandon hope...All that enter here! A man finds himself lost... Until he is led into the very depths of Hell itself. And he wonders, as he observes the terrible fates of the sinners... What could be in store for him?

Spin-off story from the popular Deadworld comic series. Features a female hybrid between the living and the dead and her name is Tattoo. Linking within the Deadworld universe but can equally can stand on its own, Tattoo must travel into the depths of zombie hell in the city of New Orleans and find the one that she seeks. There she must go up against the ruling warlord of the dead, The Rasta Man and the Voodoo Queen. 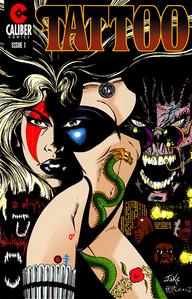 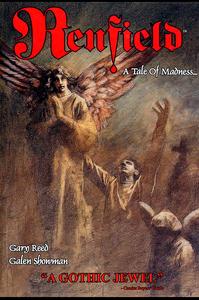 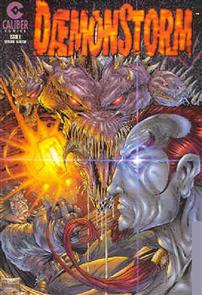 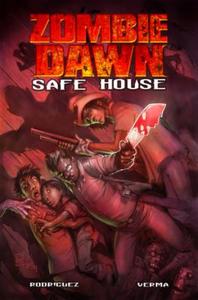 A prequel story to the award-winning, critically acclaimed horror feature film Zombie Dawn. A zombie outbreak has trapped a family 'behind enemy lines' with little hope to get out of the quarantine zone. But somehow they must make their way to the safe zone before the border is sealed permanently. Or decide to stay within the zombie infested zone and leave their fate up to God. 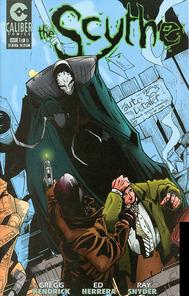 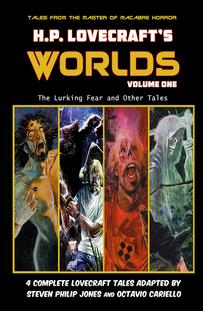 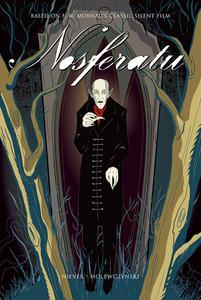 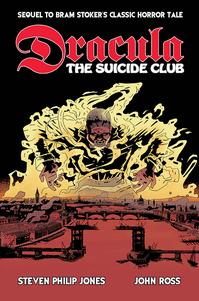 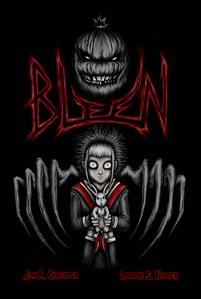 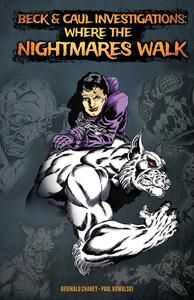 Set in the voodoo influenced city of New Orleans, Beck and Caul are paranormal detectives who scrounge the streets of this dark, mystical city in order to combat and protect people from supernatural attacks and occurrences. Jonas Beck in moments of extreme circumstance often takes on the characteristics of a wolf which directly links him to the demonic realm of the Underside, while Mercedes (Caul) Guillane herself possesses the attributes of a powerful psychic.

Taking place in the 1980's, this is a horror/mystery about a teenage girl named Bleen who is committed to an asylum called "Mayber Hills Sanitarium" and she must escape. The twisted staff members have targeted her and torment her for their own secretive amusement. Little do they know of Bleen’s secrets, for she can conjure monstrous creatures from her mind that seek to kill those who threaten her. She is caught between releasing them and doing the right thing.

Sequel to the Bram Stoker's horror classic Dracula. Count Dracula, king of the vampires, is dead, but he isn’t finished with England. Set in 1888, resurrected, Dracula rises from the grave, and before long a rash of bizarre suicides begins plaguing London. Scotland Yard Detective Champion Harrison suspects these may actually be murders, and noted occult specialist Sir John Chandos and beautiful clairvoyant Dion Fortune offer to assist in the investigation. Their search leads them to London’s newest and most mysterious club and its peculiar chairman.

A series of faithful comic book adaptations of nine of HP Lovecraft's popular horror stories but updated to reflect modern times and situations. Which can make the stories even more terrifying. Presented in two very popular graphic novel collections.

A symphony of shadows...a symphony of shudders. Beyond the Carpathian Mountains, in the land called Transylvania, there lived a monster that preyed on men and fed on their blood. It crossed the sea on day, driven by a greater need than the bloodlust, to seek out a woman of great beauty and great power. A comic adaptation of F.W. Murnau's 1922 classic film of life and the undead.

​​There is a new grim reaper and his name is Scythe. His dreadful and menacing laugh strikes terror for it precedes his viscous attack. Capable of installing fear into others, he exacts revenge for the murder of his wife and son. Plagued by the laughter of the men who killed his family, the Scythe lives in a twisted world and is on the fringe of madness. The Scythe is the pained story of psychiatrist Richard Smythe. He seemed to have it all, a great job, a beautiful wife, and a loving child. But happiness can also breed a false sense of security.

London 1942. The true horror wasn't from the air or in the streets, it was Underground. As German bombs pummel the city of London, the leaves of autumn begin to fall and so do the victims. A young boy's fascination with a local serial killer will plunge himself into a life-long obsession. After nine years of atrocities, the terror lands at James Turrell's doorstep and he descends into the black abyss of the Underground, believing himself fully prepared to confront the object of his obsession and revenge. But he is wrong. 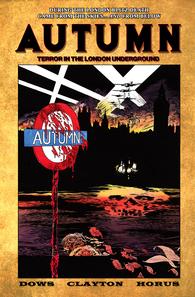 A million galaxies away, a millennia ago, the Numenians traveled to the very core of their system. What they found was an enormous colorless orb. Its energy beyond the scale of comprehension. Two hundred years of experimentation led them to the utilization of this energy they dubbed Ebonous. It ran their machines, it powered their homes, it became their every source of energy. Then, it matured. Then, it gained sentience. And it was true evil.

The godfather of all zombie horror series. A million copies in print. Mixes YA with zombie mayhem. A supernatural plague has been unleashed on the world. The dead return to walk the earth...but this is no standard zombie tale. The dead are just foot soldiers for those who have crossed the 'Gateway'. The lead zombies are intelligent, sadistic, and enjoy the tortuous ordeals they put the surviving humans through. And head of the zombies is the chain-smoking, Harley riding, sarcastic being known simply as King Zombie.

The unique and critically acclaimed  tale that centers on the bug eating inmate character from Bram Stoker's classic Dracula novel. Possessed and impassioned with the zeal of a religious fanatic, an imprisoned Renfield struggles to grasp the need to serve the dark Master against his own humanity. So finely presented and written  this graphic novel has even been the focus of discussion in a collegiate literary course. And Independent Propaganda calls it "...a truly classic tale in graphic format."

Christian Savage, vampire hunter in the Wild West. Abandoned by his parents at birth and raised by a priest, Savage tried hard to keep the straight and narrow. But the temptations of the Dark Side proved too strong, and his sins cost him the life of his guardian priest. Now with the priest's spirit to offer support and companionship, Savage roams the countryside ridding the frontier of the supernatural enemies of civilization, making the West safe for mankind. But soon discovers his parents are leaders of a group of the undead.

Does evil truly die? Considered the most infamous murderer in history with five victims, Jack the Ripper inspires terror and dread. What could compel someone to commit such heinous crimes? The answer is revealed when it is discovered that an evil force caused the deaths and used a host body. Now the deaths begin anew and this time, it doesn't intend to stop at five. A crime team attempts to stop it and soon becomes aware that one of its members may be succumbing to the very force they're trying to stop. 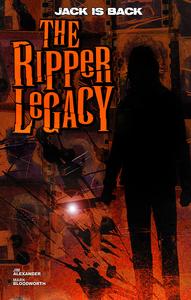 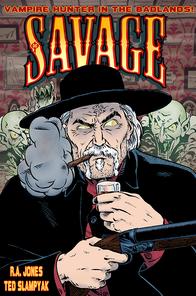 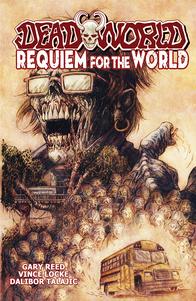 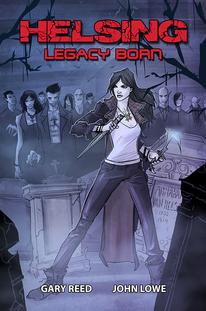 Born into a legacy she wanted no part of and pushed into a battle recessed deep in the shadows of the night for generations, Samantha Helsing is torn between two worlds...two allegiances...two families, under the tutelage of her father-in-law. The legacy of the Van Helsing family and their crusade against the "night creatures" comes to modern day with the most unlikely of all warriors. In a war that is told and has been fought for over 130 years.

What makes someone kill?  The age old question of nature (genetics) versus nurture (conditioning) is still open to debate.  What is not open for debate is Brandon’s need to kill.  But it isn’t for revenge or fame or money...it’s for penance. He may have had the perfect life of being a model by day and partier by night but underneath he is a tormented, murderous soul. And as the investigating detectives along with the FBI find out, this is a motive enough that fuels a mad quest which can be unstoppable. Brandon’s coming for you, sinners. 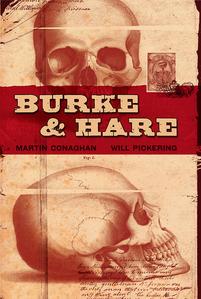 ​​He is an immortal vampire, but caught in a maddening cycle, waking 10 years after each feeding. But as the world changes around him only two things remain, his desire for blood to keep him alive and a yearning for his long lost love! Far from a typical romance, our vampire must decide: heart's desire or dinner?