Described as the Native American Black Panther. 1898 Indian Territory. Will Firemaker is a Cherokee Blacksmith who is finding out that the world of ancient lore and myth of his Tribe, that Will had always thought of as tribal fairytales, are actually true, and they’re telling him he must replace his best friend from the animal kingdom, The Great Cat, as a guardian of the people. This sends him down a path of shock and disbelief as beings from the ancient past begin to manifest themselves in the world of reality. And as malevolent forces rise up in the wake of the fledgling Industrial Age, the future rushes head on into the Old West. Tahlequah will never be the same...

An adventure tale of the French Legionnaire soldier, Battron. Battron, "a man without a country", is involved with the liberation of a freebooting French ship, the Martel, from a heavily guarded Vichy French port during WW II. The Allies want the ship destroyed; the Germans have sent serious resources and firepower to save it and keep it afloat. But a critical security leak in British intelligence could jeopardize not only the mission but his life. 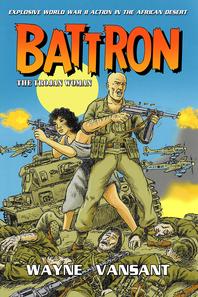 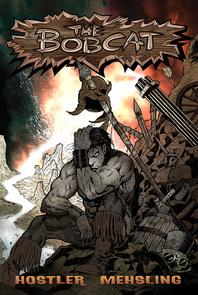 A tale of murder, motorcycle gangs, Charles Manson, and the man who starred as Marshal Hondo Bradley. This is the story of Rory Hawkins, a novelist with a troubled past, and George Clayton, a (fictional) actor who starred in a 1950's TV western series, as they inadvertently come into contact with the Manson Family and become targets of its bloodlust in Los Angeles during the summer of 1969. 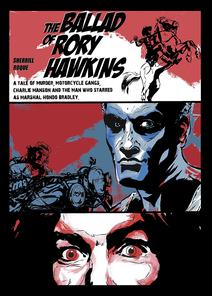 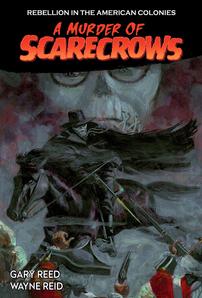 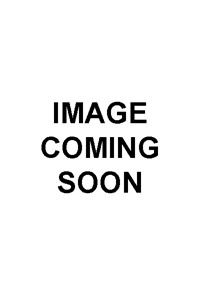 ​Incredible adventures of an ornery Comanche bounty hunter in the Old West named Redlaw who hunts down only wanted white folks and gives a fresh perspective spin of Indians. A trio of western stories chronicling Redlaw's adventures as each tale takes him from the depths of Mexico to the plains of the Dakotas. Recounts not only his dangerous task of capturing these outlaws but about being an Indian in a newly appointed white man's world as well. 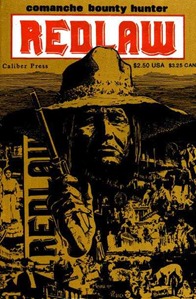 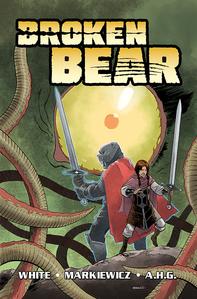 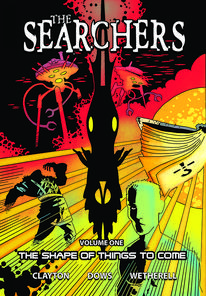 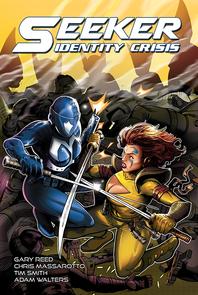 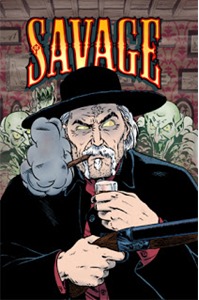 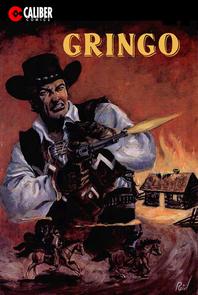 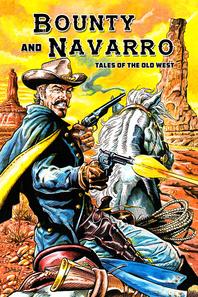 A Murder of Scarecrows

Think Batman or Zorro set in the dramatic days before the American Revolution. A mysterious masked avenger attempts to maintain and dispense justice in the small seaport of Seaton. As the occupying British seek to clamp down on smugglers, only The Scarecrow and his 'Freedom Riders' can stand up for the townspeople against the tyranny of the new town commandant...one who threatens to destroy the entire population in order to catch the elusive Scarecrow.

A bounty hunter on his way to deliver a dead bounty happens to come across a woman and her son on their way to California. The bounty hunter reluctantly decides to ride with them as they are being threatened by bandits who are hoping to take their land claim. Additional tale of a skilled Indian scout for the US Cavalry who, while serving for the army, returns to find his village has been wiped out by renegade soldiers. Now he seeks justice.

Grit and gunfights in the Old West. A man wakes up without his memory. Taken in by a rancher, the stranger becomes a ranch hand as he struggles to find out who he once was. Surprising, he finds himself quick on the draw and an expert shot. As the rancher is besieged by a corrupt land owner, the stranger known only as Gringo, finds his memory slowly returning. And it isn't pleasant. Someone will have to pay for what has happened to Gringo.

In the vein of Game of Thrones Arya Stark and The Hound. It’s not easy being a squire. It’s even harder being the squire to a legendary knight errant. Selm knows the feeling of living in the shadow of a towering giant all too well, and it sucks. She aches for the chance to become her own person and stake her claim on the world. Soon Selm is offered that chance and she takes a treacherous shortcut towards getting the power and strength that she wants...but sometimes shortcuts end up being the longest route.

Mix Enders Game, and a little bit of Divergent and Scanners and you have Rain People. Centers around a special government facility that houses & trains young students who seem to have special abilities into government weapons. With official power to remove children from their homes for this special training, focus is on a new "recruit" who is forced to attend the facility and seemingly has a special place in the plans of the Director. Now the students, mostly with enhanced mental power team up to offer a resistance to their life begin taken over.

Meet Christian Savage, vampire hunter in the Old Wild West. Abandoned by his parents at birth and raised by a kindly priest, Savage tried hard to keep on the straight & narrow. But the temptations of the Dark Side proved too strong, and this cost him the life of his guardian and only friend, Father O'Toole. Now, with the priest's spirit to offer support, Savage roams the countryside ridding the frontier of the supernatural enemies of civilization, making the West safe. That is until he comes across his parents who are the leaders of a group of the undead.

Before there was League of Extraordinary Gentlemen the Searchers burst on the comics scene with its take of literary action heroes. The lines between fiction and reality blur in the modern world of the Gryphon Institute for Scientific Advancement (GISA). The search team is made up of individuals who are descended from legendary literary figures of action/adventure tales. In this world those fictional figures were real. Here a Captain Nemo really sailed the Nautilus, here an Englishman really built & piloted a craft that traveled through the fourth dimension of time, here another Englishman named Fogg traversed the globe in 80 days, and here a man journey deep into the earth's core. But here too, an obscene vivisectionist called Moreau experimented on humans and another scientist fell to both invisibility and madness.

Black Widow meets Witchblade. She is an operative for a covert special paramilitary task force unit and the Seeker persona has become an icon for the American public for generations. Secretly, she is LeAnn Heywood - a woman who wears the mantle of Seeker proudly for she understands that she is Seeker and Seeker is her. But she's wrong. Before her there was another Seeker and another. They may have looked slightly different. They may have "served" different masters, but the role of Seeker goes beyond current day government, goes beyond operatives against operatives. The legacy of Seeker goes back to a fabled Atlantian past of a land that most believe didn't exist. And when a prior Seeker who has been locked up in a psychiatric ward escapes, her only thought is of revenge against the current Seeker who stole her 'life'.