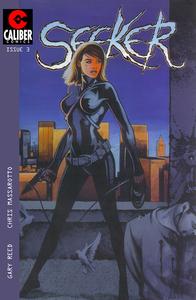 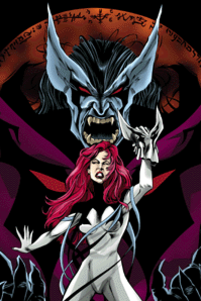 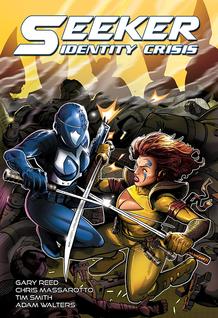 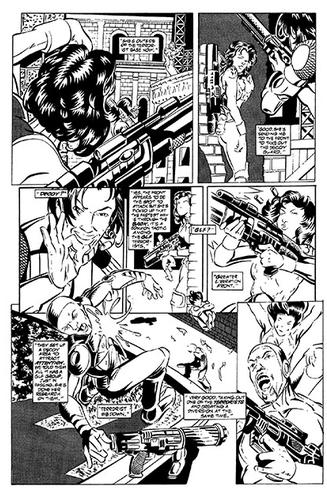 A Female Action/Adventure Saga that blends together several genre 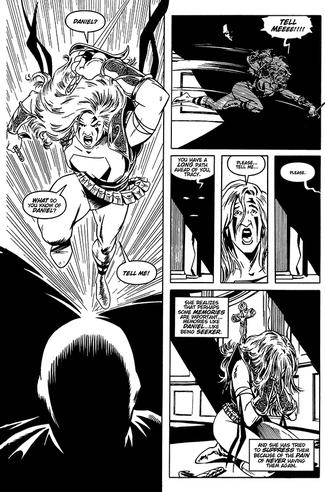 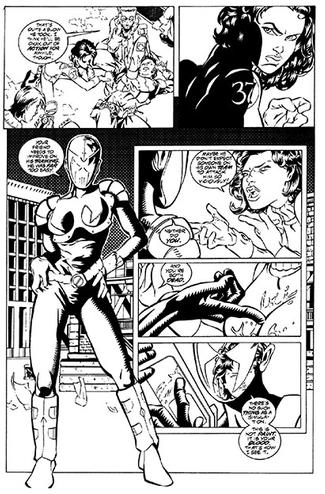 “The first issue of Seeker is an outstanding comic book. The writing is excellent and tightly plotted. Gary Reed writes in crisp, believable dialog and reveals details in both plot and characters with realistic, piecemeal timing. Seek this one out.” - Michael Vance, Suspended Animation

“Way cool. Lots of interesting stuff going on here.  Sophisticated and engaging, this shows that superheroes can still be done mature without being dark and messy.” - Comic Reviews by Ron and Don

“I was blown away by this series.  I was mesmerized by the different layers going on here and what a shocker at the end!” - Hits and Misses 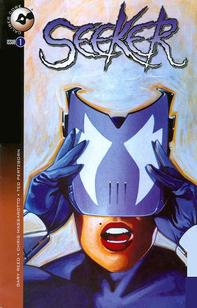 The question is...what makes a hero?  Is it the costume or the person.  In this action-adventure series, the role of Seeker is currently held by one yet it is a battle to determine who has the gift...and the right to be the "true" Seeker.  There has always been a Seeker...but the rule has always been that there can only be one.

Seeker is an operative for a special government task force unit and the 'Seeker' persona has grown from the shadows to become a popular icon for the American public. For the Seeker is employed to not only infiltrate, take on, and destroy criminal organizations and terrorist cells, but corporations as well for in today's world business takeovers just don't happen in the boardroom but also through a more 'physical/violent' approach.

Secretly, Seeker is LeAnn Heywood — a woman who wears the current mantle of Seeker proudly for she understands that she is Seeker and Seeker is her.

Before her there was another Seeker...and before that...yet another...and another.

There has always been a Seeker.

As a highly successful ex-FBI agent, LeAnn has an inherent sense of justice. Now, in the dark and shady recesses of dim alleys or the towering lofts of high-reaching skyscrapers, the Seeker stalks the night handing out swift justice and utter retribution.

BUT NOW...ALL THAT HAS CHANGED.

A former Seeker, Tracy LeMaster is locked up in a mental hospital. But when Tracy LeMaster escapes, she pledges to restore the name of Seeker to its rightful place and the fraud who wears the 'costume' shall now pay for their desecration against the legend of Seeker.

The initial focus of this series actually is not on LeAnn Heywood the current Seeker, but on Maxine Brasura who unknowingly, is in training to become another government-sponsored Seeker. Due to the government's increasing desire to fight supposed evil uprisings on many fronts and one Seeker cannot be in two places at once. But the agency behind the Seeker program is unaware of the true 'force' behind the mantel of Seeker.

Brief Description: A government sponsored agent is sent on missions to serve global justice and retribution against wrongdoers for their crimes, be it terrorists, common criminals, or corporations, while also carrying on a secret Jihad against races and cultures that exists within but hidden away from normal human society.

Association:  Black Widow/Alice (Resident Evil) no nonsense-style lead personas. Mixing a dark, gritty and moody atmosphere of a Batman, Seeker also takes on some otherworldly and super-heroic feel of a Todd McFarlane's Spawn or Hellboy or even a Witchblade as the Seeker legacy dates back millennia to make its present felt in modern times.

Format: Seeker has currently eight issues published and has proven to be a very popular character with comic book audiences. The saga of having different individuals take up the mantle of the name can be an intriguing idea to explore.

Additional:  Seeker has had a circulation (either as lead or back up) with nearly 200,000 copies circulated. It is a very striking character and features several strong female leads. 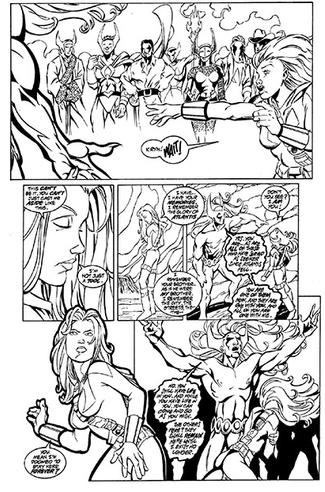 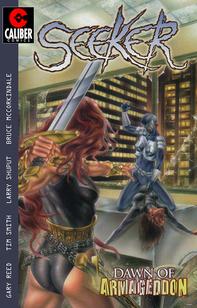 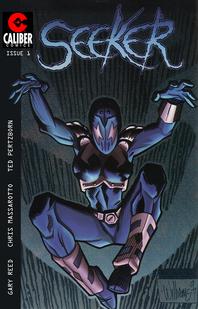 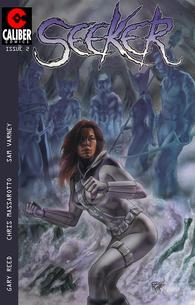