The year is 2000. Reports of rabid animal attacks began to occur sporadically in the northern parts of U.S.. Many blame these assaults on environmental changes that affected the neurology of the wildlife. Once bitten, humans transformed into mindless carnivorous beings akin to zombies.The last place that had not been infected was the great Mississippi region. Well that was then...this is now. The walking dead have begun to make their presence felt and creatures are crossing the Mississippi River every day. Life has become an ongoing struggle for survival. Collected are 5 of humanity’s apocalyptic nightmares! 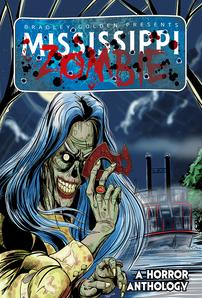 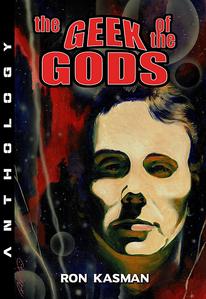 Geek of the Gods

An anthology of illustrated stories about the comic book culture. Meet Norman Radinski, cosmic traveler and the spirit guardian of an entire art form. Join Captain Bill, comic store owner, whose store is stuck in 1971. Share in Kalabogie Jake’s struggle with comic book addiction. Read the first Cerebus story since it was put to bed with issue 300. See Bif Davis pursue a comic book older than he is.

An international team of comic writers and artists has been brought together to create Horror City, a unique horror anthology loaded with terror, black humor and twist endings. All the stories take place in the fictional "Payne City", a place where anything can happen and in which many of its deranged citizens are without a doubt, the worst kind of monsters. 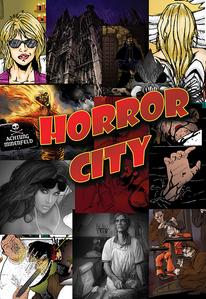 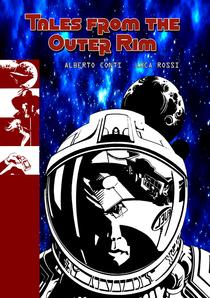 Tales from the Outer Rim

Tales from the Outer Rim presents three stories woven by a common thread tied to a service station in space. It’s the final outpost and pivotal point in the lives of three protagonists. 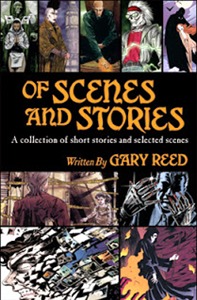 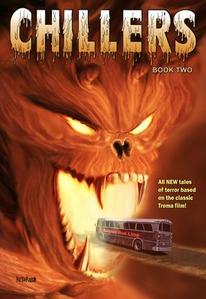 Classic horror anthology returns. Based on the critically acclaimed Troma feature film. An anthology series in the tradition of such great shows as Tales from the Darkside, Night Gallery and Twilight Zone. Complied, delivered and edited by the director of the original cult classic feature film. Best of the Year nominations for both anthologies that have been thus far released. 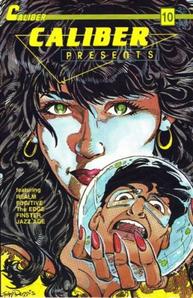 In the same tradition of The Twilight Zone comes an anthology series based around the concept of a pawn shop that has existed since the beginning of time. A pawn shop that offers trinkets to those who are willing to consider and finally decide to pay the ultimate price to get what they think they want out of life. 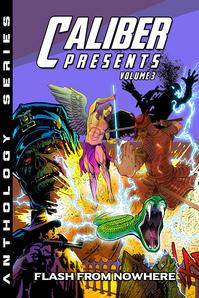 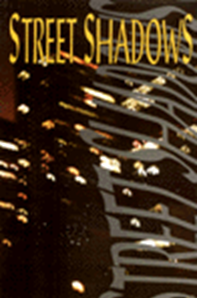 ​Ordinary people in an ordinary city, a city like so many others - full of a daily mundane existence that blends into a homogeneous community. But each component of this mass of humanity is unique...and they all have their own story to tell. These are just a few of them. These are not heroic portrayals, nor are the stories central to world events...these are simple people making simple decisions in the overall scheme of things.

Of Scenes and Stories

A collection of short stories and selected scenes created and written by Gary Reed. Illustrated by some of today's top artists, Reed deftly moves from horror to mythology to history and never loses his firm grasp on the human drama evident in his stories. You will not find superhero tales here as Reed blends discerning sophistication that captures mood and emotion instead of action and adventure.

A entertaining collection of short stories from award winning writer and publisher Gary Reed. Pulled from various sources published over his career writing for Caliber, Image, IDW, Transfuzion, and others. These are stand alone short tales. He is joined by popular comic book artists who bring his tales of horror and suspense to visual life with an often times literary bent.

From the pages of the critically acclaimed Caliber anthology series comprised of 24 comic issues. Featuring short stories from numerous creative talents that tie into or spin off from a number of Caliber Comic titles or are self-contained standalone tales. Contained within the anthology are six Gideon's and seven Street Shadow stories (both properties with Caliber Entertainment). 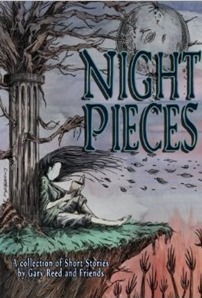