Ordinary people in an ordinary city, a city like so many others….full of daily mundane existence that blends into a homogeneous community.

But each component of this mass of humanity still retains its uniqueness….each is still an individual…and they all have their own stories.  These are just a few of them.

Within the stories contained in Street Shadows are short glimpses into many different individuals:

True Love - A story of a man who falls in love with a prostitute and tries to get her to run off with him.

Diner Life -  After being forced to sell his restaurant, a man has a chance to finally retire and live with his daughter.  But can he give up all that he knows?

Caretakers - The critically acclaimed tale of a garbage man breaking in a new trainee and shows an aspect of this important yet thankless job.

The Visit -  A break in, an old woman living alone, and a robbery.  Yet, the old woman longs for the day when her visitor returns, for even though he was a thief, he was a visitor.

Confessional Sins -  A priest reluctantly listens to a confession.  Even priests have their own desires and his makes him impatient with a boy who has come to confess a terrible crime.

Tunnel Rat - A reporter searches for a story and talks to a Vietnam vet who was a member of the corps that scoured the tunnels in Vietnam.  A terrifying life experience yet the reporter has to determine whether it is “good copy” or not.

Public Defender - Serving justice, a public defender finds a friend in his client, yet can their newfound relationship stand up against the truth?

Plus many other stories.

Brief Description:  Tales of ordinary people in an ordinary city.  Although the stories concern regular people, often these can be the most captivating stories.

Key Elements:  Appearance of real life.  Can handle many difficult subjects.  Allows for a wide diversity that can appeal to a wide range of audiences.

Association:  Will have similar appeal to the current trend of real life stories now so popular in the media.

Format:  Originally released as short stories within Caliber Presents anthology, 14 of the stories have been collected into a single trade paperback.

Additional:  An anthology format which allows a great deal of diversity in terms of talent.  Each story can be unique and can cover aspects that may be insufficient for a longer project.

Published as 14 story anthology within 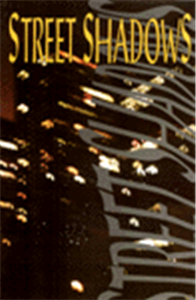