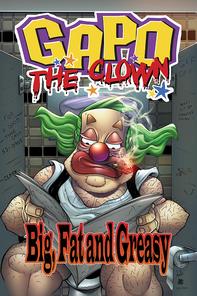 In a similar vein to The Interview. A black satirical comedy if only it wasn't true. 1963. The height of the Cold War. CIA agent Bob Maheu is sent to Cuba on a suicide mission aptly titled Operation Good Times: to humiliate Fidel Castro during a live television broadcast by dosing the dictator with LSD and making his beard fall out. And this wasn't the only crazy scheme concocted by the CIA and put into motion. Here are all the lurid details of MKULTRA program for the public to read and see.

The Tower of the Comic Book Freaks

Fourth of July, 1971. Five awkward, young men drive to New York City to attend the '71 comic convention in search of love, sex, art, comic books and a glimpse at the city's wicked underbelly. What they encounter changes their lives forever. Visit a pivotal time as comics change from a business to an art form. Meet Allan Caldwell, comic artist, blacklisted since the 1950s for his testimony to the U.S. Congressional Inquiry. Tour the greatest city in America during a period of social disintegration.

Bayani, a boy of 11, is desperately trying to care for his sick father (a fisherman) and keep food on the table for his small family. Unfortunately, the sun has been shining down on the islands for the last month and night refuses to fall. The land is growing parched from the constant heat and the fish are moving further and further away from shore. During this disaster, the rain god, Pati', recruits Bayani to undertake a quest rescuing the nine kidnapped daughters of Lady Moon from the horrible monsters of lore. 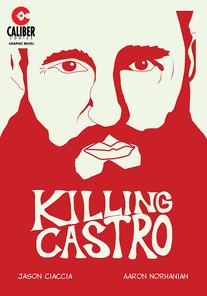 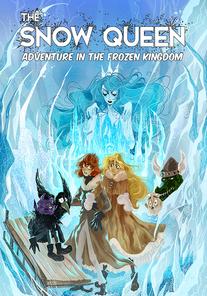 An adaptation of Hans Christian Andersen’s classic story that served as the basis for Disney's FROZEN animated feature film. A young boy, Kay, is captured by a striking image that appears in his frozen window. It is the hauntingly beautiful woman who travels on the winter wind…the icy maiden known as the Snow Queen. An obsession seizes Kay and one day he disappears with the spectral goddess. But is friend, Gerda, refuses to let him go…and she embarks on a dangerous quest to bring him back home. 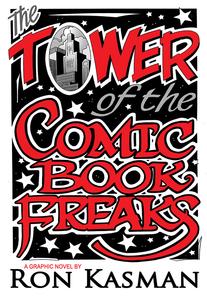 The Simpsons meet The Osbournes. Imagine the Addams Family if they all worshipped Satan. The Sixsmiths are a family of suburban Satanists who've fallen prey to the global recession. Now their life is in turmoil: the father Ralf needs to find a job; the twins, Cain and Lilith, need to survive the horrors of the public school system; and wife Annie needs to keep them all sane and under budget. Meanwhile, their eldest daughter Jezabelle is having her own crisis of faith. Will the Devil rise to smite their enemies, or will he damn them with hellfire, wrath and underwater mortgage payment? 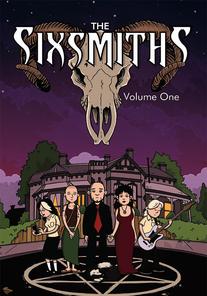 Because he is the TV host of Gapo's Super Happy Fun Show, kids and parents love Gapo, but his Children's Show colleagues see him as rude, disgusting, sloppy drunk that he really is. In Big, Fat and Greasy, Gapo does battle with a murderous sidekick, is re-united with his family of side show freaks, and gives birth to a tape worm in addition to many other escapades, often a result of Gapo's eccentric and rude behavior. Get ready for one bizarre clown from the city of Detroit.

Veronica Mars meets The Office and The Middleman. Jane Day's a sassy twenty-something temp-by-day, detective-by-night…and also sometimes during the day. Jane straddles two worlds: Reality - in boring grayscale - and her Imagination - in full, vibrant color. Jane uses the fantasy to cut through the tedium, living as much inside her head as out. The Salad Days takes you for a ride-along on such cases as bootlegger minors, fun at the roller derby, a trip to River Heights to get her Nancy Drew on, plus visits from favorites Pie and Cake. 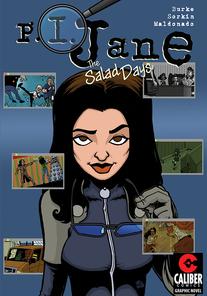 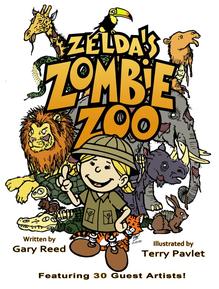 A children's book starring Zelda and her pet cat Meow as she gives an informative guided tour through her most unusual zoo...a zoo full of all zombie animals. Full Color, this excursion through the zombie zoo features illustrations from over 30 artists, each drawing their version of a 'zombiefied' animal. For kids that enjoy Monster High and other scary fun stuff.

Official Adaptation of the cult classic feature film. Full color graphic novel of the film plus special features such as a profile on Rocky creator, Richard O'Brien; the lyrics to all the songs, and the fan club version of the audience participation guide including a prop list. Created by veteran comic writer/artist Kevin Vanhook. 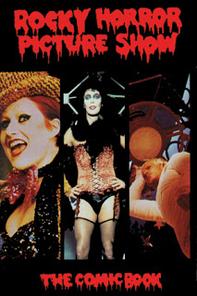