"If you like lots of good jokes at the expense of the 'burbs and don't mind a little adult content while you get them, try The Sixsmiths"- Modern Myth.

"...it certainly provides plenty of food for thought, suggesting that, beneath the veneer of acceptable social mores, people aren't really that different. Hmm." - Rambles.net

"You just have love things that are off kilter and make you think after digesting. I had a lot of fun and read the comic two or three times to ensure I was getting full value from it. Not one to skim read, and yes it pays you back for time invested. I'm finding The Sixsmiths quite addictive to be honest." - Scaryminds.com

"This is a great book and the creators shoudl be proud of themselves. I believe it is one of the breakthrough graphic novels coming from a new age of Australian comics." - Black Mermaid Productions.

"Franks paces the narrative deftly when it could have easily fallen quickly into the mundane and gives each character simple but effective motivations. Schmidt's uncluttered artwork provides all the detailed necessary and compliments Frank's story well. The artwork is in some way reminiscent of more animated cartoon production such as Beavis and Butthead, King of the Hill, and recently Ugly American. In fact, I could see The Sixsmiths translating to the animated cartton medium without much trouble at all, Satan willing..." - Mapping the Universe.com 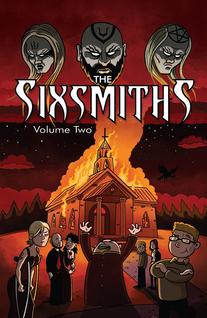 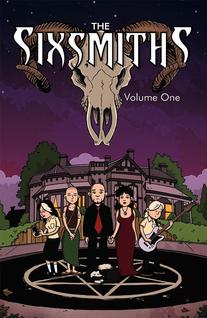 Some of the events that befall the Sixsmiths:

When Ralf Sixsmith loses his job at Morningstar Mutual, his family struggles to cope with their new circumstances. The Sixsmiths will have to make sacrifices in order to survive—but not the kind of sacrifices they’re used to. The Sixsmiths are Satanists, and proud of it.

The family can no longer afford to pay private school fees for the twins, Cain and Lilith, so they are transferred to a secular state school. At the new school Lilith leverages her exotic background to get into a popular clique and to attract the attention of Julius, a bully who fronts the high school band Wicked Generation. Cain finds it more of a struggle: his weird religion and his nerdy love of jazz music do not win him a crowd of admirers. Reluctantly he befriends Dennis O’Dowell, an outcast D&D fanatic.

Annie and Ralf have a strained relationship with their eldest daughter, Jezabelle, who has moved out of the house. She has renounced Satanism and plans to move to Sri Lanka to become a Buddhist nun.

Lilith starts dating Julius. Cain hangs out with Dennis and joins the jazz club at school. He tries to befriend the goth clique but, Satanist or not, he’s not ‘dark’ enough to fit in with them.

Ralf finds a new job, but he is fired on his first day for deflowering a co-worker—“Vicky the Virgin”—in a sex ritual intended to fix a broken photocopy machine. Annie is furious. She resolves to take the matter up with the anti-discrimination commission.

Annie visits the vicar Melmoth for some counselling—held during intercourse, in the traditional satanic way. Melmoth tells her to be patient with the family and to find room for herself. Another congregant, Mrs Havisham, arrives for her own counselling session as Annie is leaving.

During the school holidays, Lilith is unable to attend a birthday party because it clashes with a satanic festival, the Feast of Mammon. To make matters worse, Julius hooks up with one of her friends at the party. Lilith is distraught. She’s lost her boyfriend and her clique in one fell swoop.

Ralf, meanwhile, scores another job interview. It goes well until he discovers that Vicky the Virgin is the new CFO at the company.

Events come to a head on the night of the school social. Wicked Generation’s bassist is injured during the sound check and out of desperation Julius asks Cain to fill in. Cain, it turns out, is a killer bass-player. The concert is a huge success and Cain suddenly finds that his own fortunes have changed.

Vicky offers Ralf the job. Everything’s looking up, just in time for the Festival of the Fallen—the biggest event on the satanic calendar. Dennis’ mother gives him permission to convert to Satanism and Melmoth agrees to de-baptize him during the proceedings.

Meanwhile, in Colombo, Sri Lanka, a happy and contented Jezabelle rides her bicycle into the path of a moving van. The Sixsmiths are en route to the Festival when they receive a call from an ER doctor on the other side of the world.

The Festival service begins. Dennis is de-baptized. The Sixsmiths, however, are at the airport. Annie leaves on a plane for Colombo to find out what’s happened to her wayward eldest daughter.

The Simpsons Meet The Osbournes.

Imagine the Addams Family if they all worshipped Satan. 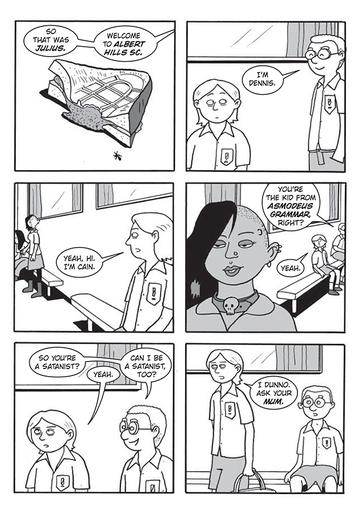 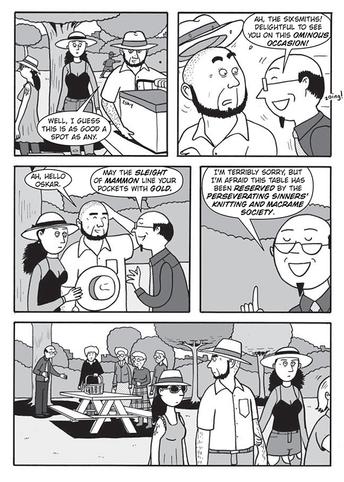 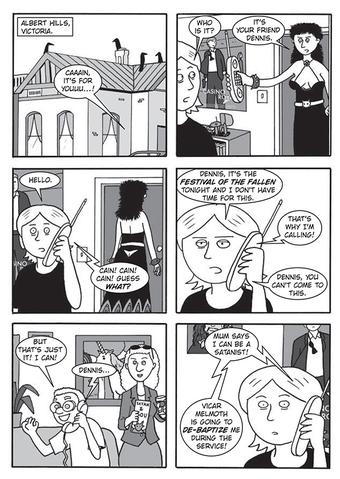 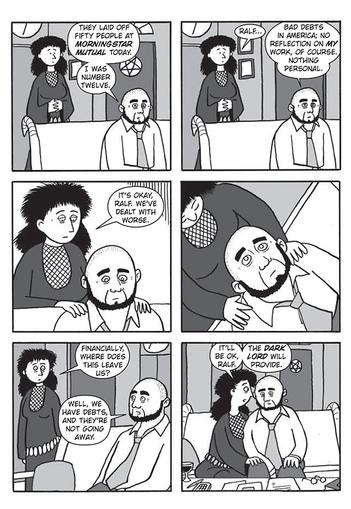 The Sixsmiths are a family of suburban Satanists who've fallen prey to the global recession. Now their life is in turmoil: the father Ralf needs to find a new job; the twins, Cain and Lilith, need to survive the horrors of the public school system; and wife Annie needs to keep them all sane and under budget. Meanwhile, their estranged elder daughter Jezabelle is having her own crisis of faith. Will the Devil rise to smite their enemies, or will he damn them with hellfire, wrath and underwater mortgage payment? A light hearted comedy satire for adults. 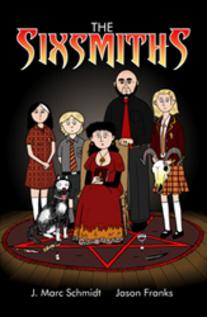