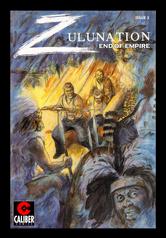 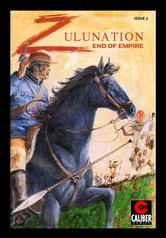 Picked by Max Brooks (World War Z) as one of his favorite war graphic novels! 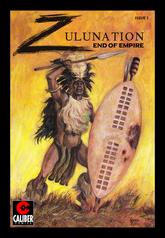 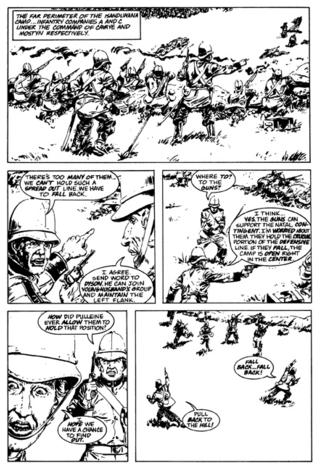 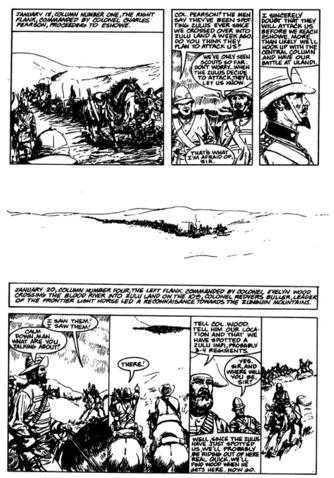 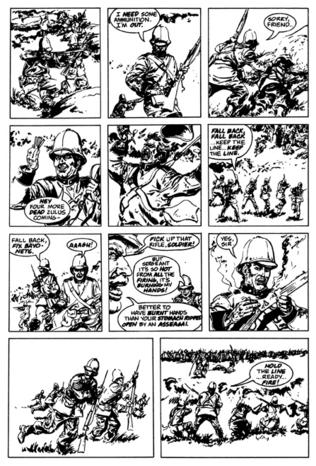 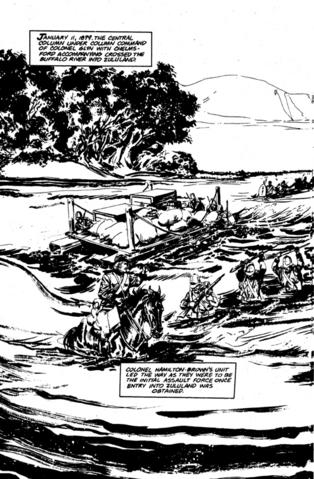 Published as 3 issues and graphic novel

Depiction of the epic saga of the Zulu warriors which were formed by Shaka Zulu and his descendants. As the mighty British Empire attempted to flex their muscles in South Africa, they were dealt their worse military defeat...one that Prime Minister Disreali said was the beginning of the end for the British Empire. Yet, on the same day, the British managed to secure one of their greatest victories and one that had more Victorian Crosses issued than any battle previous or since. Dramatic events which still has repercussions today.

The Zulus. They were seen as a minor problem to the British army stationed in South Africa. But they had to be dealt with like the natives in Australia and Canada. Britain could then form an alliance with all the different nations that made up the region of South Africa. Goaded into battle by British diplomacy, the Zulus realized that they had to strike first if they had any hope of defeating the premiere military force of the world at the time.

Causal, over-confident, and even contemptuous, the British army initiated an ultimatum and waited for the Zulus to submit.

As the mighty British empire pushed the region into war, the famed Zulu Nation, first formed under the brilliant yet cruel Shaka-Zulu, inflicted the first blow - a devastating massacre which shook the entire world to its core. The next day, a small garrison at Rorke’s Drift felt the onslaught of the Zulu army and in one of history’s most famous “last stands”, the defenders managed to hold off the Zulus and were awarded more Victorian Crosses than any previous battle in British history. This is the story of those two battles...one that proved Britain was no longer invincible and the other, which led to the demise of the Zulu Empire.

“…a well-written recounting of the Zulu War of 1879. .. gets behind the story to analyze its root causes, the battles of the war, and its long-lasting effects…” - Atomic Avenue

“This is how history should be told. Educational, enlightening, and enjoyable.” - Robert W. Scott, Checking the Shelves. 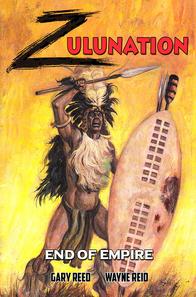