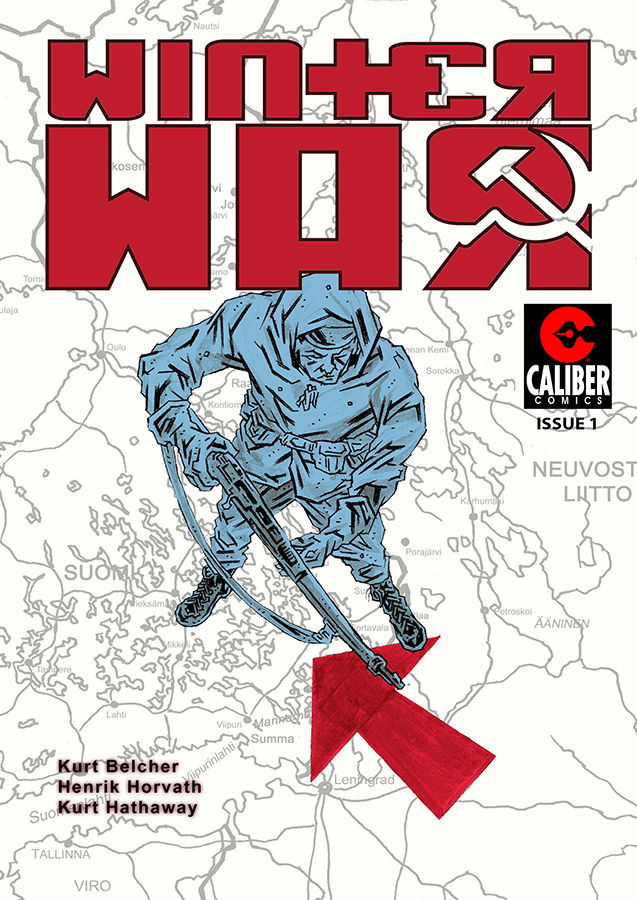 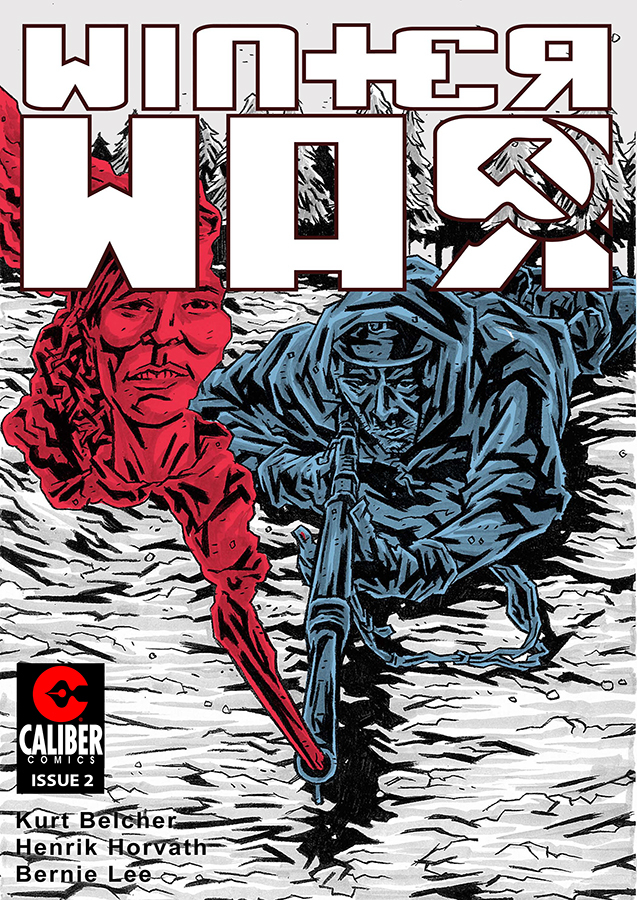 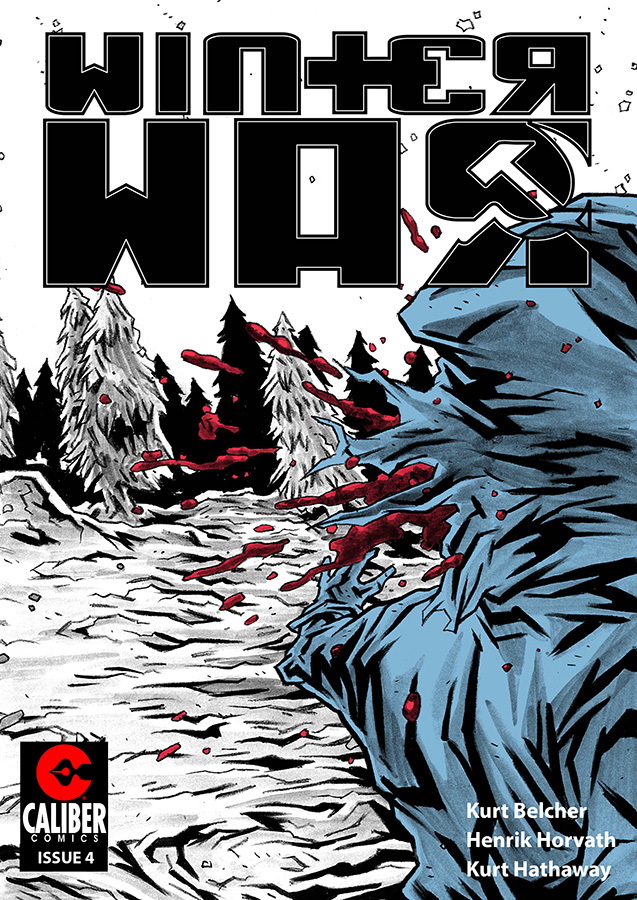 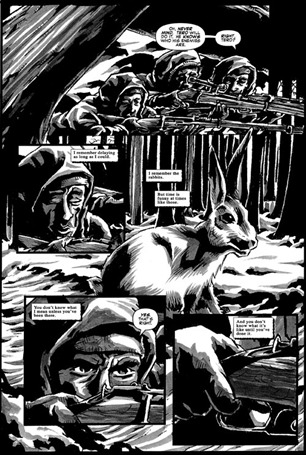 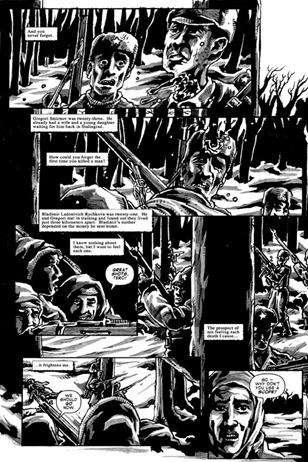 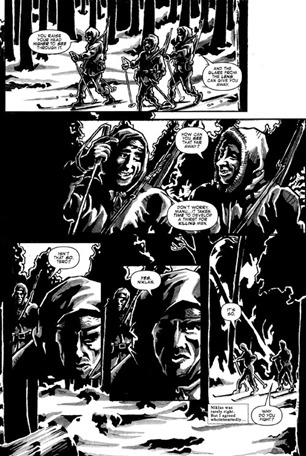 A gritty fictional story from a forgotten little corner of World War II, except to those who lived it. 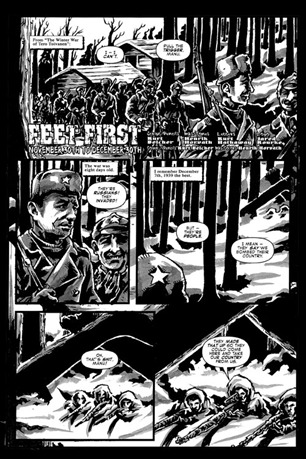 "...will tug at your morals, and your conscience." - Downriver Geek

"The stark black and white art is a perfect pairing for the story." - First Comic News

"War is not glorious, it is not honorable; it is bloody and violent and terrifying...a tremendous job of portraying that." - Cosmic Book News

"...one of the better books I've read that really helps humanize war and soldiers." - Comixverse

Winter War is the story of the 100 day war of Finland against the Soviet Union at the dawn of World War II. Sniper Tero Toivanen answers the call from his homeland, Finland, when it’s attacked by the USSR, which seeks a buffer zone against the aggression of Nazi Germany across eastern Europe 3 months earlier. Although the Soviets anticipated a quick victory against the small Finnish army made up of largely citizen soldiers, the Finns used the advantage of their winter and familiar terrain to hold off the Soviets for an amazing four months. In this fictionalized account, but based on real situations, Tero and his allies, Niklas and Manu, are deployed to southern Finland to stop a Russian division attacking over the frozen Lake Hirvasjärvi. Finland's goal is to delay the Soviet Union as long as possible in the hope their diplomats can convince the West to send help or possibly intervene. Seeing plenty of death and destruction and the hopelessness a Finnish winter can bring, the three friends get a taste of the horrors of war. Will it be enough to freeze even their hearts, accustomed to the deepest cold? 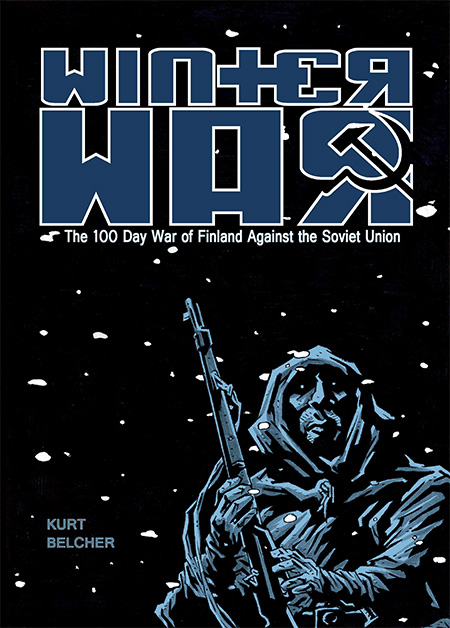