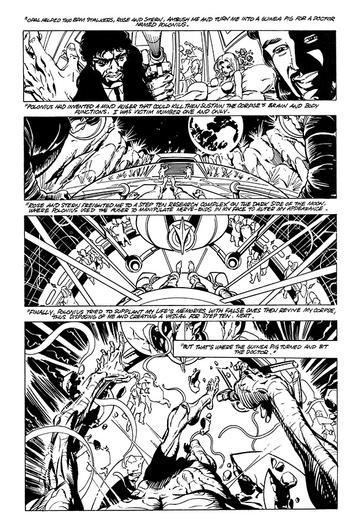 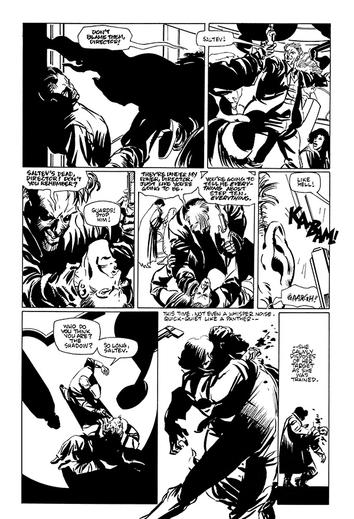 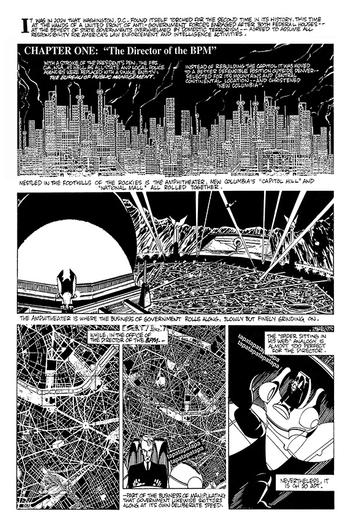 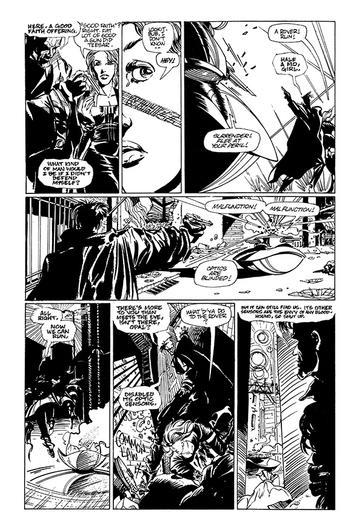 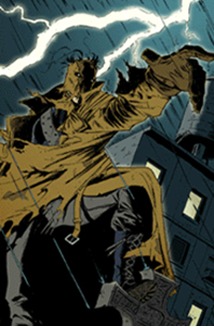 Now he has outlived his own identity.

Is he willing to die....again?

The year is 2025.  The place is New Columbia, the nation’s capital.  It has been constructed over what was once Denver, Colorado.

The United States has suffered the extremeness of polarization.  Factions separated by race, politics, religion, and special interests have turned the melting pot into a jigsaw puzzle and now the pieces of the puzzle have fallen apart.  A new political party has taken control and the Alternative Party manages to pass their greatest act of legislation...The State Sovereignty Act.  The power of the federal government has been severely cut but now there are 50 different 'state' units of power, each vying to push their own agenda.

Once the Federal government took back control, the die was cast.  There was a huge division among the classes and the new capital was built on top of the once proud city of Denver.  The new site epitomized the new structure of America, as the well too do moved into New Columbia and the poor were forced to settle in Old Denver, now called the Warrens.

Whether or not America sees its 250th birthday depends on a man who doesn’t even exist.

Into this strange world, murder sets the stage for a cadaver to come back to life for this cadaver was an experiment...an experiment that kept cerebral and corporeal function alive in an artificial extension of life.

This cadaver, Peter Collinson aka Tatters, is a lost and angry soul capable of speaking a language no other person can understand...at least not alive...for he has the ability to speak to both sides of the boundary he has crossed. The living of course, but also the dead and it will be the dead that will provide him with all the direction and answers.

Tatters must struggle to come to grips with his new abilities that constantly have him walking a fine line between the land of the living and the realm of the dead. He is a man afraid of dying...again.

But Tatters, having tasted death once...will he want to die again for a cause?

Outliving his own identity, Tatters exists in a world where a governmental agency, Step Ten, operates behind the scenes and even its own operatives are sometimes unsure of what their employer's agenda is.

Tatters, despite its science fiction and espionage trappings is foremost a gothic story with a gothic protagonist.  The lead character is a lost and angry soul who is uncertain what course to pursue...retribution or anonymity. But an image keeps him going, it is of a young woman...a woman he does not know...but might have before. Her vision leads him like a carrot on a stick down a dangerous path. But to where?

Brief Description:  A futuristic gothic story in which a man dies, only to be brought back to life again because of a bizarre experiment.  He is confronted by a governmental agency who feel he is a threat yet he doesn’t know why. He is unsure what his goal is but he knows one thing, he does not want to die again.

Association:  Mix in the elements of X-Files and The Crow and it gives you an idea of where Tatters will most appeal.

Format:  The structure of Tatters should be one of discovering...who he is and why he is.  Afterwards, Tatters could become an ongoing saga that has the character trying to fit into a world where everything is disjointed and the fabric of society/government has broken down. Tatters has been released as a self-contained one shot story thus far. 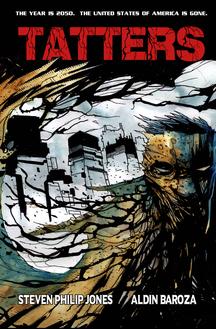