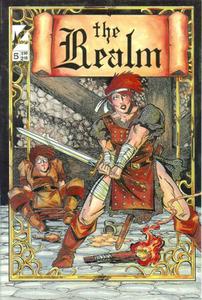 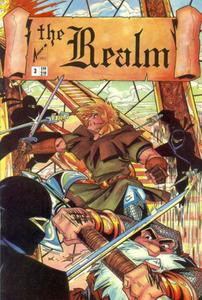 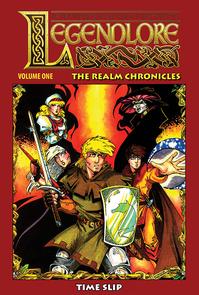 It is a world of fantasy.

It is The Realm.

Four normal modern day teenagers are plunged into a world they thought only existed in novels and film. They are whisked away to a magical land where dragons roam the skies, orcs and hobgoblins terrorize weary travelers, dark magic consumes kingdoms, and where unicorns prance through the forest.

It is a world where man is just one race, joining other races such as elves, trolls, dwarves, changelings, and the dreaded creatures who steal the night.

This is not a typical "dungeons and dragons" world, for this world follows the adventures of these teens into the unknown as we watch the world unfold in front of their (and our) eyes. Our heroes are just normal teenagers thrust into a world that is foreign to them. We will learn of it as they do.

What hope do the teens have in this strange world? How can they hope to survive against wizards, dwarves, elves, demons, dragons, and trolls if they had a hard time in high school?

The world of The Realm takes place in a land called Azoth. It is a land of magic, full of races such as trolls, dwarves, elves, ogres, night creatures, and others yet to be seen. It is a world where magic reigns yet a new form of knowledge is coming into the grasp of those who seek it...a knowledge called science. A world where great religions bring people together yet tear nations apart, a world where conquest and ambitions bring dreams to some and nightmares to others. A world where it seems nature itself can be twisted in the service of the dark mages.

Four teenagers (Alex, Dominic, Sandra, and Marjorie) from a modern day suburb are taking a day trip to a remote cabin that was once owned by Alex’s eccentric uncle who had supposedly died months earlier. They find a special chest, and upon opening it, they are mysteriously transported to a different world. The Realm.

Unknown to them, Alex’s uncle had made the journey as well. He made it a long time ago with three of his friends but only Alex’s uncle returned. Throughout the ongoing story, it is revealed that the four previous humans have made dramatic impacts on the world of The Realm. One became a goddess, one became the Lord of the Dragons, one brought science to The Realm, and the fourth mysteriously disappeared. The confusion of the teens in this strange world is magnified as they find traces of their Earth scattered throughout the land, yet they realize they are certainly in a different plane of existence. But they seldom have time to ponder this as they are led from one adventure to the next in the quest to find a way home. The forbidden library may hold the key, but it is so forbidden, that no one seems to know anything about it!

Upon arriving, the group is attacked and the two girls are abducted by the Slave Raiders of Drohm. The boys, rescued by the warrioress Silverfawn, journey to get their companions back and are led around the continent of Azoth to find their way home. On the way, they are joined by new companions who will become friends: The older and experienced Diggorous - a dwarf who wields a mean battle axe; the halfling Grappo Pilden - a thief; Letha Kazan - an exiled member of an elite royal guard unit; Nilson Radeer - member of the forest patrol; and others.

As the group remains in The Realm, it soon becomes evident that perhaps the desire to go home isn't as strong in everyone as it was at the beginning. Returning back is the major goal of Alex, yet Dominic begins to enjoy this world. Marjorie has discovered a religion that she becomes an adherent of, and Sandra finds sanctuary in her captivity as she is treated like a Queen. Can Alex convince the others to continue on their quest to return home? Or are they destined to stay there forever and become citizens of The Realm? And the longer they stay the four discover they are gaining a magical power of their own to control and wield.

Brief Description: Four teenagers are whisked away to a magical land of dragons, magic, goblins, and other fascinations called The Realm. It is a land that is dangerous yet enchanting. Through them, we watch the drama unfold as they get swept away in the events of their new world, their new home.

Key Elements: Magic, dragons, and other devices of the great fantasies. However, we get a better idea of the fascination because we witness the unfolding of the world along with the characters as the make their travels.

Association: Can be compared to the great fantasies such as the concept of Dungeons and Dragons, Chronicles of Narnia, and of course The Lord of the Rings trilogy and The Hobbit. Plotted With a rich kingdom heritage and political intrigue that can be found in Game of Thrones. An epic fantasy tale.

Format: The Realm has over 40 issues published in comic format plus numerous spin off series and stories. It could be a self-contained story with a beginning, middle, and end or work as an on-going serial format. Whatever the case is, it is set with possibilities as a franchise-style property.

Additional: With the huge success of fantasy games, both on-line and in computer games, and feature films/television, the potential for fantasy is at an all-time high. With the large budget Lord of the Rings/Hobbit saga on film, it strengthens the appeal of fantasy even more. The Realm is ripe for exploitation in film or TV, games, toys, novels, etc. it is a world with a deep seated history that can be explored and expanded considerably.

Some of the Cast of Characters

ALEX STONEWELL is the bookish best friend of Dominic. He has little desire to remain in the Realm and focuses all his attention on finding a way back home. Although he is devoted to Marjorie Duncan, during a drunken spell he succumbed to the sexual attraction of Letha Kazan. Discovered by Marjorie, Alex was never able to renew the relationship with Marjorie before he lost her forever to the priesthood of Othariss.

DOMINIC WAGNER is an All-American jock when transported into the world of The Realm. Although he is the boyfriend of Sandra Beech, another transportee, he almost immediately fell for the female elf, Serene Silverfawn. Of the four who were transported, he adapted the quickest and actually enjoys the experience. His skill in battle is great, partly from his own natural abilities and also in part from the training in receives from the dwarf Diggorous Gorey.

SANDRA BEECH is a close friend of the other three but after she was sold as a slave to Lord Darkoth, she actually found sanctuary with the evil Darklord. She finds safety there and feels the others really don't have a chance to get out.

MARJORIE DUNCAN is the girlfriend of Alex who, after witnessing his betrayal with Letha Kazan switched her attention to the Otharian religion upon their arrival. She has apparently decided the best way to handle this situation is to hide from reality in her new found religion.

DIGGOROUS GOREY is the mighty dwarven warrior from the Grey Hills. Searching for adventure, he came across the travelers and has accompanied them ever since. Never one to forego a battle opportunity, his great skill with a battle axe has saved the lives of others numerous times. Diggy, as he is often called, has made it his personal job of training Dominic in the ways of battle and feels a protective father-like closeness to him. Sometimes a father figure to the others as well, Diggorous often acts as the self-proclaimed leader of the crew.

GRAPPO PILDEN is a common member of the Hairfeet who are noted as thieves and smugglers. Saved by the others when he was fleeing some orcs, Grappo claims he only travels with the group for a great potential profit. His loyalty however is unquestioned as he has gone on many excursions when there was little chance of profit. His stealth serves the group well as does his storytelling and songs.

LETHA KAZEN is a warrior of great renown. Former member of the elite guard of Ardonia, the White Unicorns, she was expelled for countermanding a direct order and banished from the land she was born in. Living a life of adventure, she travels with the group for a while before leaving them outside the walls of Ardonia.

SERENE SILVERFAWN is an elf who has tremendous skill with a bow. Captured and sold into slavery as a youth, she managed to escape after killing her master. She traveled alone across The Realm until coming across the transported youths who she decided to give assistance and has been with them ever since.

ANOMALIN is considered a good but eccentric wizard who inhabits the Black Mountains. Little is known about him and many have only thought of him a legend. He holds the key to the teens returning home and in fact helped to develop much of the vast accumulation of scientific knowledge that Ardonia now possess.

KAD is the fairy slave to Letha Kazan. Very little is known about him or his enslavement to Letha but he seems to have fit right in with the group. 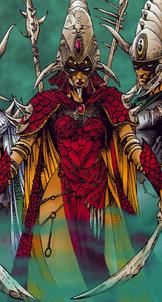 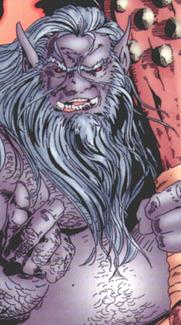 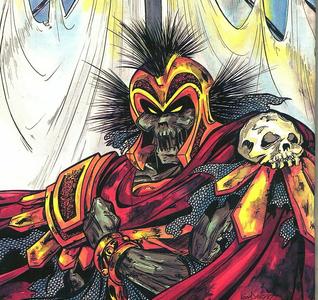 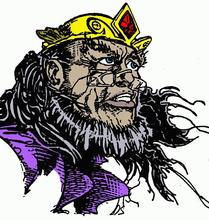 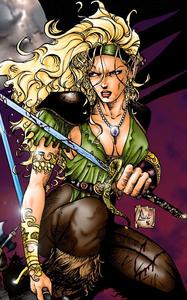 Ties-in with our Legendlore property 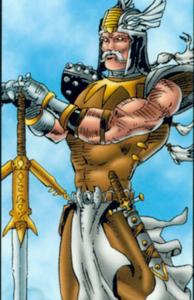 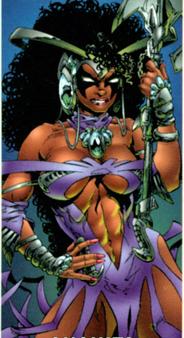 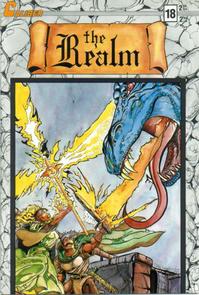 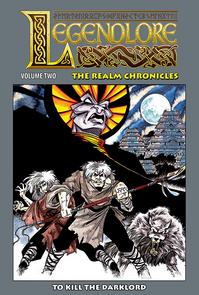 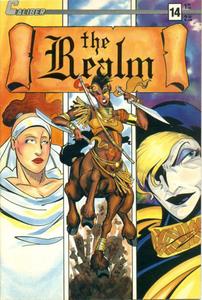