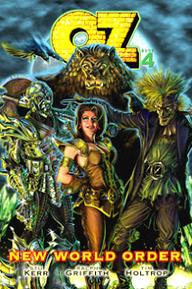 "...takes us to a totally different land of witches, munchkins, and ruby slippers." - Dread Central 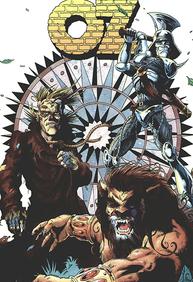 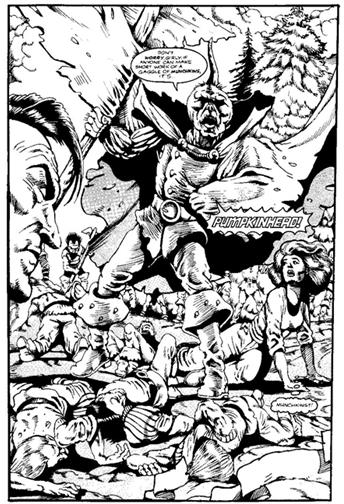 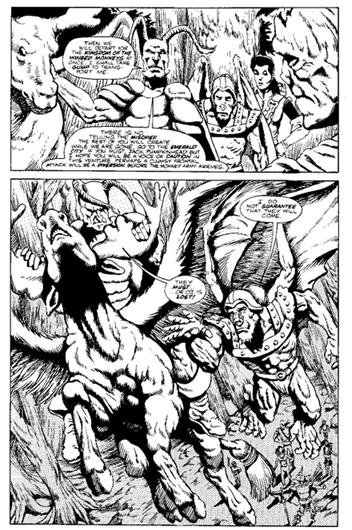 Scarecrow, Tin Man, and the Lion...missing

Oz was once a place of wonderful wizards, where animals talked and there was a street paved with yellow brick. A place where the beautiful Queen Ozma ruled over the Emerald City in a loving kingdom of Munchkins, Winkies, Gillikins, and Quadlings. A world where nothing can ever really go wrong. Evil was merely a bumbling fool.

But that was back when a young girl Dorothy and Toto were there and had their well known adventure.

Then the Nome King descended upon Oz and took control. Now political intrigue, armed rebellion, and evil spells have changed everything. The landscape is desolate and barren, wild and dangerous creatures roam freely, and even the Lion, Scarecrow and Tin Woodsman aren’t necessarily the friendly trio they once were.

Into this troubled world of Munchkins and witches come three friends from Earth, Mary, Peter, Kevin, and their dog Max but this is nothing like the books they’ve read or movies they've watched. The Nome King has taken over the Emerald Castle and City, Mombi has bewitched Dorothy, and Ozma is being held prisoner. So what can three out of place humans and their dog do?

Fairy tales ultimately do not always end up the way you wish them to.

Based on the fourteen novels of L. Frank Baum, this series has three earthlings transported by the Wizard’s magical whirlwind to the not-so-merry land of Oz. This is not the beautiful, happy Oz we last saw, but a darker grimmer Oz; an Oz where a great evil has come to despoil it. That evil is called the Nome King. Major territories within Oz are now led by the Three Evil-Kings: The ensorcelled Scarecrow, Lion, and Tin Man. Only the Freedom Fighters of Oz (Amber Ombi, Jack Pumpkinhead, Wogglebug, Tik-Tok, Hungry Tiger, Sawhorse, and others) are able to take a stand against their cruel tyranny. With the help of Mary, Kevin and Peter, the hope is to break the spells of the Witch Mombi and return the famed heroes of Oz back to normal. With the ultimate battle taking place at very heart and soul of Oz...the Emerald City itself.

A full story synopsis and treatment is available.

Brief description: Oz is set in the world created by L. Frank Baum and utilizes the wealth of characters he created in his 14 novels. Adding the human element of an earthly trio brings fans into discovering the world as seen by the human visitors. An Oz world that is darker and grimmer, but not too dark and scary for younger viewers.

Key Elements: Oz is one of the most beloved stories in literature and transcends age. The comic series of Oz instantly propels readers into a familiar world but one that has been tainted with darkness causing a fascination to see what changes have been wrought.

Association: Of all the classics, the story of the Wizard of Oz is perhaps one of the most memorable in many people’s minds. It is a world that appeals to children, to fantasy enthusiasts, to moralists, and even to a wide range of mature audiences whether it be from nostalgia or the elements of humanity laced throughout the stories. Instant global appeal.

Format: Although the initial story of our version of Oz can be told in a single narration, the incredible original landscape created by Baum, and now expanded upon by Kerr and Griffith, cries out for greater exploration. Layered with politics, petty grievances, magic, and wizardry. The land of Oz is ripe for discovery and the number of tales is inexhaustible as this series has uncovered and developed. This Oz has had over 45 comic issues released thus far.

Additional: The world of Oz has incredible potential in all aspects of marketing and merchandising. The concept is one that can instantly be grasped on a global scale here and now yet the enormity of what lies ahead is vast. 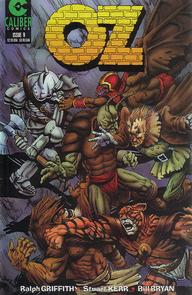 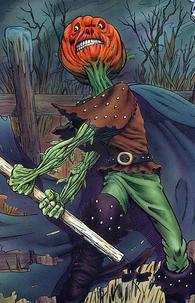 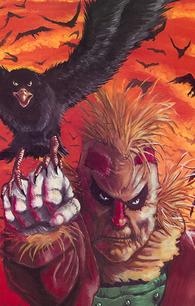 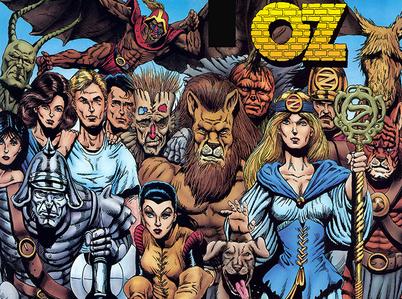 OZ is based on the characters and "history" of fourteen children books written by L. Frank Baum. Writers Ralph Griffith and Stuart Kerr have created an updated and unique world, no longer whimsical, but still lots of fun. While the familiar triple treat of Scarecrow, Lion and Tin Man play prominent roles, Griffith and Kerr have mined that magical world for the myriad of bizarre, yet endearing secondary characters which populated it. Beginning with a tribute to the original Wizard of Oz film, the tale begins with three humans and their dog being swept away from our Earth and into the land of Oz via tornado. There they discover that sinister forces have been at work, and the evil Nome King now rules the land with an iron fist along with his army of rock-dwelling minions. Having become unwilling freedom fighters in a world not their own, Earthlings Peter, Kevin, and Mary soon play a central role in ridding the once beautiful Oz of the Nome King’s dark influence and trying to bring back Oz's glory in this fast-paced action/adventure tale. 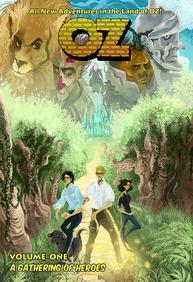 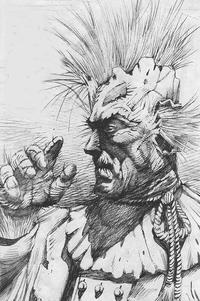 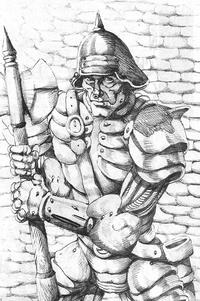 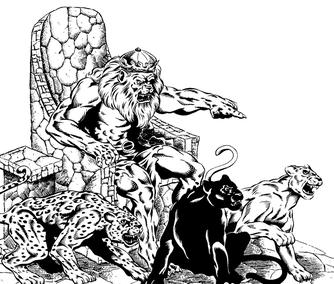 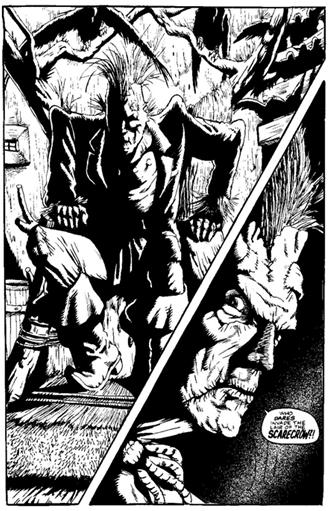 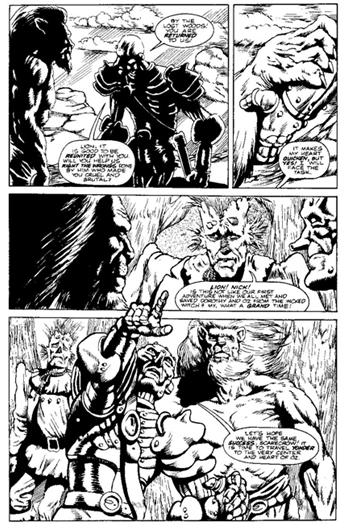 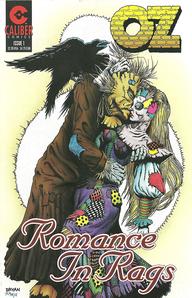 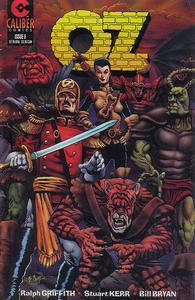