Shaun is a writer from Singapore who simply loves telling a good story to whoever would care to listen. Flesh & Steel is his first full-length graphic novel publication, though it did spend years living in his head before finally becoming a reality in 2016. Many other things still live in his head, and he is working hard to make sure they don't just stay in there.

Ernani, or Nani as he's better known, is by profession a trained architect. An avid reader of comics for most of his life, his main influence was the superhero genre. However, not forgetting also his long standing fascination with medieval sorcery and warfare, the opportunity to work on the Flesh & Steel project was a golden chance he couldn't miss. 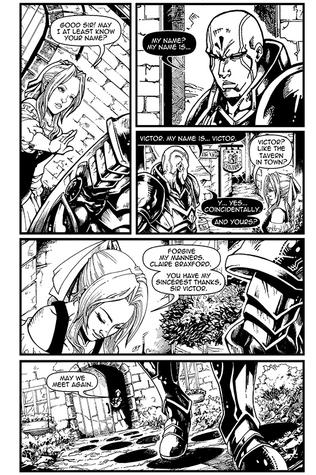 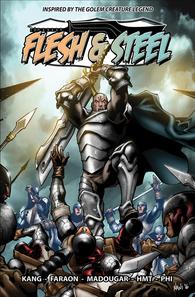 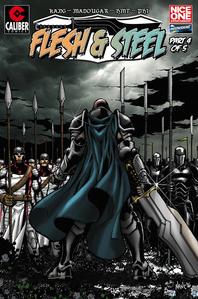 Inspired by the legend of the Golem creature.

From exile, a guardian Golem of steel is summoned back into battle! Enticed by the promise of a place amongst men, the Golem heeds the call of the newly ascended Emperor in his campaign to destroy the very Resistance who created and abandoned him. Raising his blade against those he once swore to protect, the Golem will face his greatest battle yet in a conflict that will test everything he is made of and lead him to discover the difference between weapon and warrior. 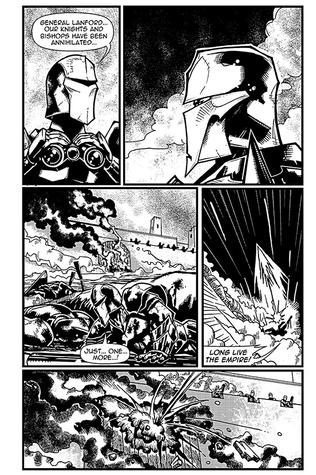 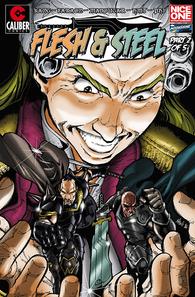 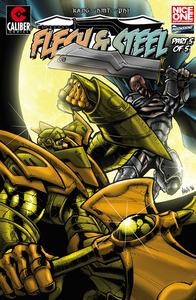 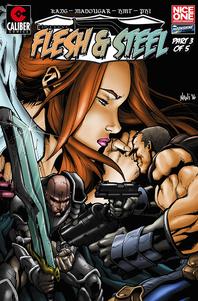 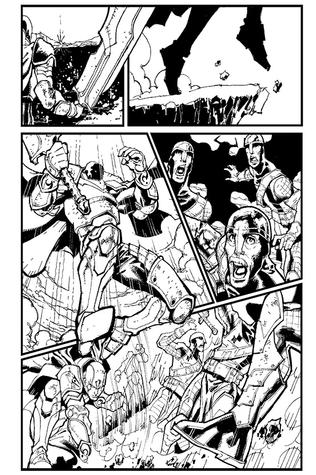