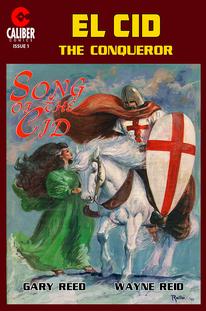 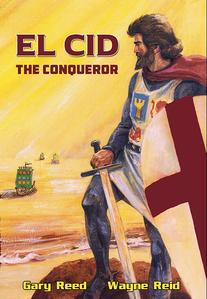 The true story of one of history's greatest warriors 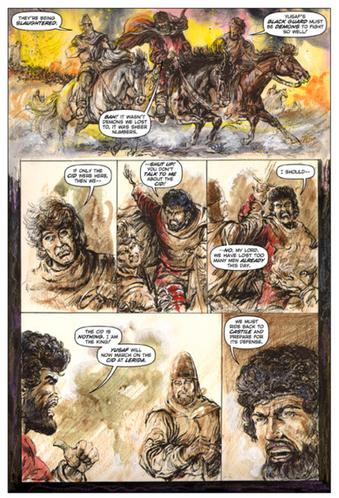 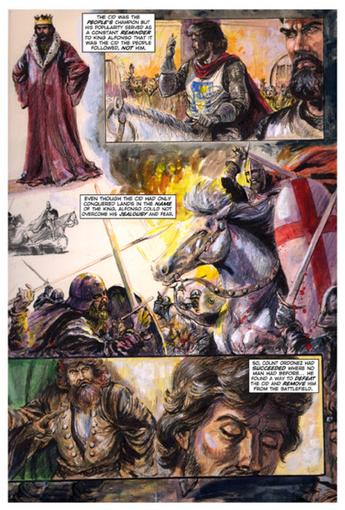 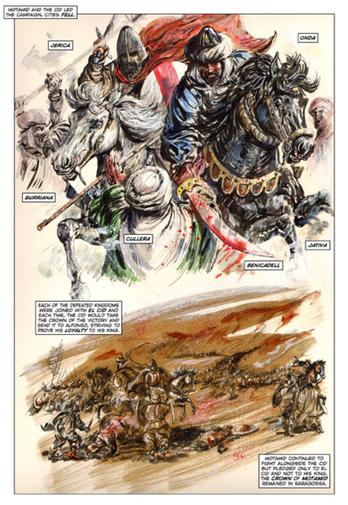 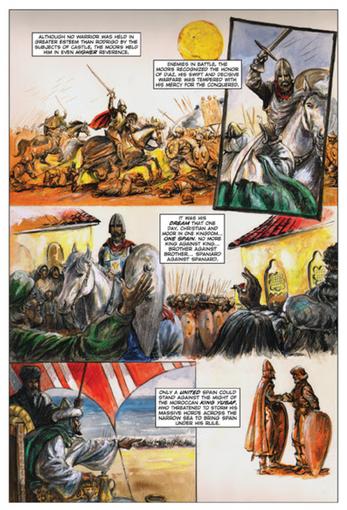 Published over 2 comic issues and a graphic novel

A look at the man who was El Cid.  Here was a man thought by some to be a simple mercenary and by others, a patriotic leader of Spain and Christianity.  Although he fought for the Church, it was he that tried to unite the two different worlds of Christianity and Islam.  It was his glorious victory (even after he was dead!) that set the stage for the next event that would occupy Europe’s next hundred years....The Crusades.

The story of El Cid is one of legend as well as mystery.  But the impact of the person known as El Cid is indeed known.  It was in Spain, which was more African than European at that time, where the Arab world and the European world clashed.  A time when the newer religion of Islam came up against the might of Christianity.  The fight for Spain between the two religions predated the great expeditions of the Crusades and served as a foretelling of the wars of the faiths that would affect so much of the world’s history.

It is a story of one man, the nation’s hero who could haven taken over the rulership yet was still blindly obedient to his King.  It is a saga of two men who had different gods yet believed in the goal of mankind first and fought to keep the two worlds co-existing together.

It is a story of love as the wife of El Cid allows her husband an undignified death in order that he could led his army in one last battle.  It would be his farewell battle...a swan song....the song of the Cid would live forever.

El Cid tells the story of the later life of one of history’s greatest warriors. As Spain was undergoing chronic warfare from the wave of Islam sweeping into the Christian nation, small kingdoms were carved out of the land. The Cid was instrumental in the quest to unify Spain under one ruler.

Banished by his own King, El Cid continued to bring victories in the name of his Lord and would fight with and against both Christian and Muslim.  In this tale, the events leading up to the Cid’s attempts at unification and his success at Valencia are covered as well as the enduring legend of his last ride into combat. 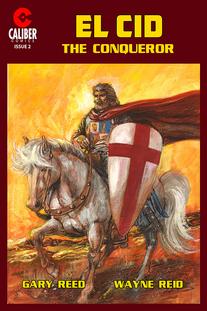