In the vein of The Fugitive but in a gritty Hispanic urban setting.

Israel Sanchez is a devoted father to 5-year old Anita and partner to longtime love, Josefina. When they are viciously gunned down, this former gangbanger who has turned his life around now turns to his old gang, Diablos Negro for help. The Diablos Negro are run by his brother, Romero. Even though he turned his back on that way of life Izzy will stop at nothing to bring the killer of the two most important people in his life to justice.

Street justice. An eye for an eye.

Problem is, the police think Izzy is the killer and, worse, Jo and Anita are very much alive. COMPULSION is the story of ordinary people pushed to extraordinary lengths to get what they want. It’s the story of a man so bent on vengeance that he can’t see the truth until it’s too late.

It’s in the blood. 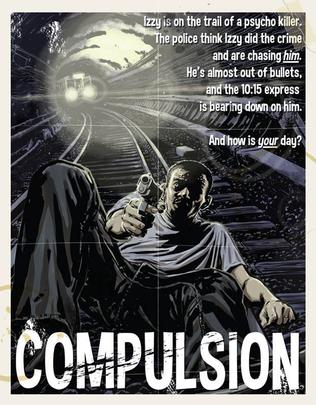 Being developed as a graphic novel