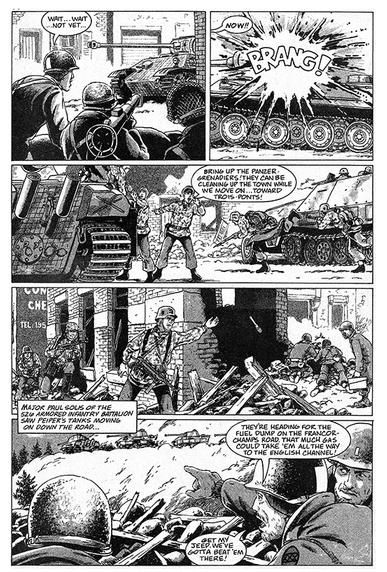 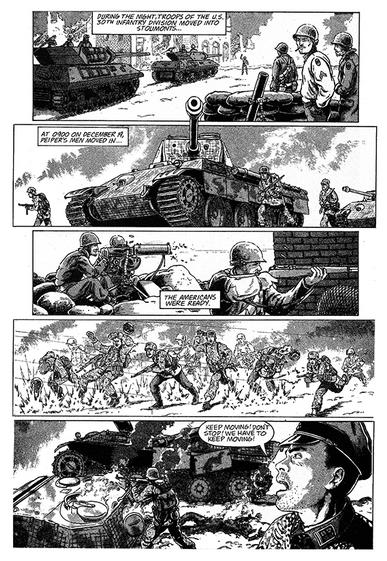 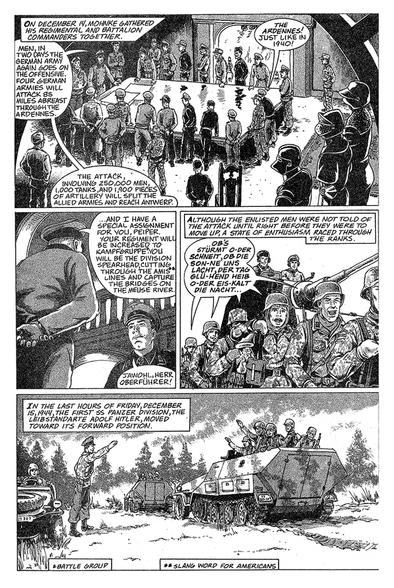 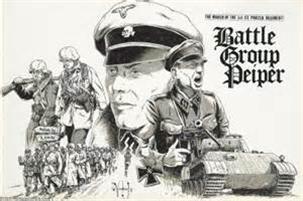 Joachim Peiper, honored as a soldier during the war, punished as a criminal after the war.

Story of the famous (or infamous) Panzer division that led the German Ardennes Offensive during World War II, also known as the Battle of the Bulge. This publication tells the tale of the young German commander as he spear-headed the offensive. Time was of the essence and he sacrificed tanks, his own men, and when it came time to take prisoners...he shot them instead.

In what is now known as the Malmedy massacre, Joachim Peiper’s reputation would forever be sealed and linked to his slaughter of prisoners rather than his battlefield prowess.

As the Battle of the Bulge continued, cut off from the rest of the German Army, Battle Group Peiper continued to move the offensive forward. Nearly unbeatable in direct combat, the Americans relied on cutting off all German supply lines, destroy all their own fuel depots that were accessible to Peiper, and restricting any German support to aid Peiper. Finally, with no food, water, fuel, ammunition, and his men without rest for days, Peiper was attacked on all sides and suffered a devastating final defeat.

This single issue publication was written and illustrated by Wayne Vansant, noted historical comics artist. In addition to the story of Battle Group Peiper and Joachim Peiper, Vansant supplies information on the following as additional features:

- A description of the different types of tanks used by the German Panzer Regiment under Battle Group Peiper including the Panther Medium tank.

- Maps of the Ardennes Offensive

- The Judgement at Dachau

- The blunting of the Battle of the Bulge 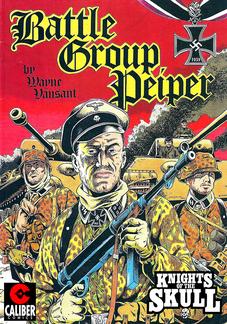 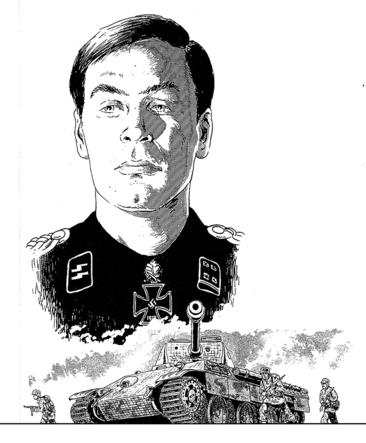 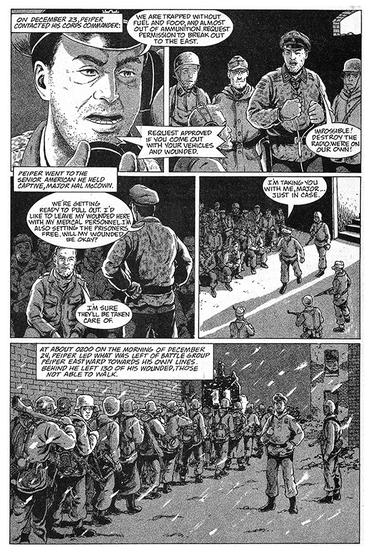