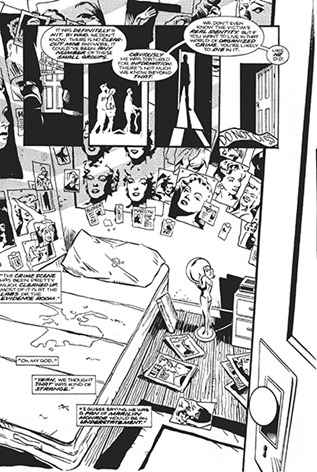 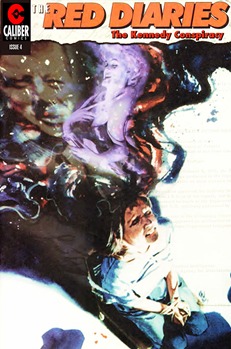 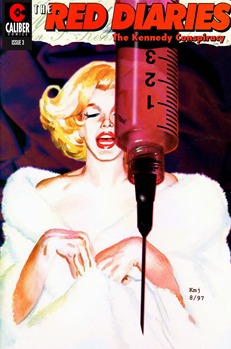 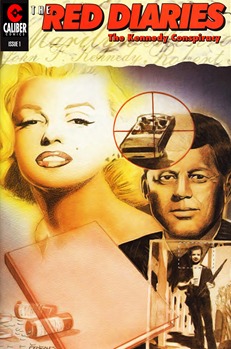 "If you're a fan of conspiracies, this one's a no-brainer. Even if you know nothing about JFK and the circumstances surrounding his death, or have only seen Marilyn Monroe on a poster or on a stamp, I still recommend it simply to see how a talented writer can take a historical theory and rework it into a compelling read. As thrilling as any mystery novel and as historic as any crisis or war, The Red Diaries is a winner." - HUGO BRAVO, IGN

"I place The Red Diaries right up there with Dan Brown's DaVinci Code, it's a must-read! If you are going to read any book this year, this is the book to read. A book filled with intrigue and mystery.  Gary Reed has proven himself a genius with The Red Diaries, after I finished reading this graphic novel, I kept asking myself...'how did he come up with this?" The Red Diaries is the most compelling, intriguing book I have read in a long, long time! I felt somewhat paranoid after reading The Red Diaries!  Gary Reed shakes the foundation of conspiracy with The Red Diaries, absolutely magnificent!" - PAUL DALE ROBERTS, JAZMA ONLINE

“...with a story like this, it's all about the execution, and this book has a wonderful execution. Writer Gary Reed is smart. He doesn't explicitly draw lines, nor does he play favorites, among the various theories. Instead, Reed's looking to write an interesting and dramatic graphic novel, which is what he absolutely does.  It's a big task reconciling all the various threads and theories around the deaths of Kennedy and Monroe, and Reed does a masterful job of sorting them out in a very intriguing way. His narrative is part declaration and part drama, part conspiracy and part high adventure." - JASON SACKS, SILVER BULLET

"Gary Reed and his cohorts never set out to reveal one definitive solution, but present a fictional yet chillingly plausible scenario about what lurks behind the "suicide" of Marilyn Monroe in 1962 and President Kennedy's assassination in 1963. The three fictional keys that unlock this mystery are Marilyn's private Red Diaries, lost but now recovered, another diary kept by her minder after her death, and finally, the discovery of her own son, fathered by a Kennedy. It's been over forty years now and as one member of the investigative team Raven Inc. says, "There have been so many versions of what really happened, I gave up trying to figure out what was what." That's the danger, no longer caring. Amid all the unanswered conspiracies about September 11, this gripping blend of thriller and docudrama is a vital reminder never to give up asking questions.” - PAUL GRAVETT, COMICS INTERNATIONAL

"A well-paced story that builds from doubt to one of limitless possibilities. The art is good as the characters are all easily distinguishable and the art doesn't try to overwhelm the events of the graphic novel. But the star of this show is Gary Reed. He has built an elaborate and dynamic story that interweaves conspiracy with action. This is not a good read, but a great one. Highest recommendation." - KYLE MCDONALD, LOVE A MYSTERY.

"Gary Reed delivers a fast paced yarn that dovetails into the whole conspiracy theory of the assassination of President Kennedy and neatly intertwines it with the so-called suicide of Marilyn Monroe.  An excellent job of weaving the different theories in and out of an investigation and providing readers with the everything they need to know.  I particularly liked the character development with the kidnappers and hostages which led to a surprising development.  This may be a comic but it deserves a spot on anyone's mystery section of their bookcases." - JULIA MAYFIELD, BOOKWORLD ONLINE

"This is a remarkable book.  Even my customers who don't read comics really enjoyed this one.  I thought I knew a lot about the Kennedy assassination but I learned a lot.  A very enjoyable read.  Thank you."- TED HARRISTON, BOOKS AMAZING

"I first discovered Gary Reed with his Saint Germaine series and so I found a copy of this book. Just fantastic.  Reed writes in realistic dialogue, has interesting characters, and layers a story better than most. The artists all handle the story great as well. I didn't want this one to end but I did like the ending." – Mathew Stants

It started with a single Red Diary.  Inside, it contained all the secrets that the owner had listened to and talked to with her various lovers. She wrote down everything in the Red Diary. Her lovers were powerful men and when she threatened to go public with it...she died.

But the Red Diary turns up missing.

The woman was Marilyn Monroe and her lovers included President John F. Kennedy and his brother, then Attorney General, Robert Kennedy.

Her death remains a mystery...as does the contents of the Red Diary as it has never turned up..

In this compelling series, a man claims to be the son of Marilyn Monroe. His father? Perhaps one of the Kennedys but he doesn’t know which one. He has now been approached by a mob hitman who was assigned to watch over Marilyn as she carried out her secret pregnancy in Mexico. The mobster, calling himself Carlos, had fallen in love with Marilyn as so many other men have. And when he witnesses the murder of Marilyn, he elects to steal the diary.

And thus he begins his own set of Red Diaries...to carry on Marilyn’s work.

From the assassination of Kennedy, to the cover up that followed, and the deaths of Martin Luther King and Robert Kennedy to Watergate, Carlos chronicles all the aspects he knows. His role differs from that of other various conspiracies for he claims he was the one that shot the fatal bullet into Kennedy’s brain...partly for money and partly for retribution for Marilyn’s death.

An investigative team now attempts to uncover both the diaries and the truth. Can the story possibly be true? Are there really a set of diaries that will blast everything wide open? As they go deeper, they find stumbling blocks in Washington and from the mob.

The ultimate conspiracy saga left vague enough to be plausible with enough evidence but we never know if the scenario actually happen...but it could have.  And what is the real truth?

Brief Description:  A conspiracy saga set around the deaths of Marilyn Monroe and John F. Kennedy and the ramifications thereof.  A theoretical approach to what could’ve happened without stating that it did happen but putting the pieces together to make it fit.

Key elements: Conspiracy, drama, and intrigue. Even though no one knows if the story is true, the players involved (mob, “Washington”, and the investigate team) have to assume that it is.

Association:  An obvious comparison to Oliver Stone’s JFK which was also based on a theory, but this one is more direct in its approach as a speculative piece whereas JFK came across as a “what really happened” piece.

Format:  Red Diaries is a four issue series and in addition to providing the story line it also gives information about all of the events.

Additional:  Although the Raven Chronicles team is called in to investigate (as a favor), any team of detectives could work. Red Diaries is purely a fictional story with a structure that fits into the events that transpired and no conclusion is easily arrived at to whether it was true or not. 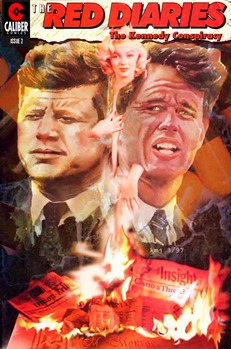