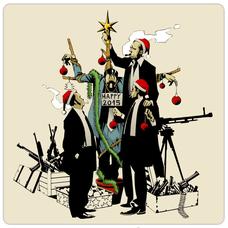 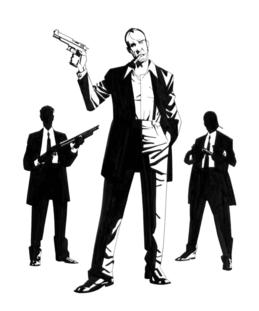 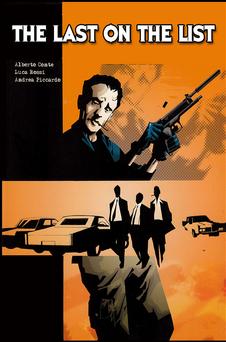 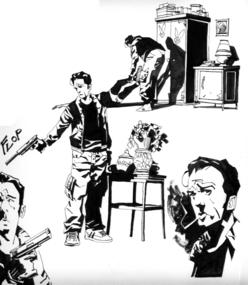 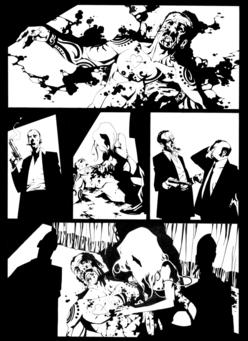 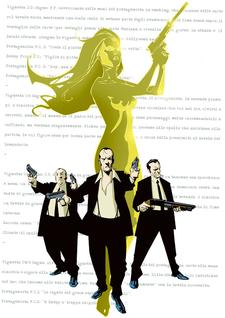 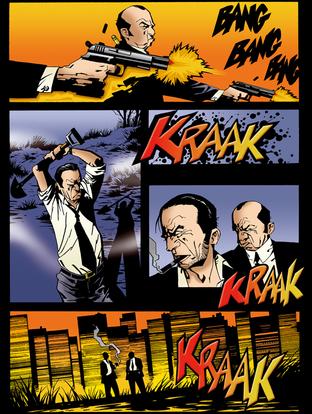 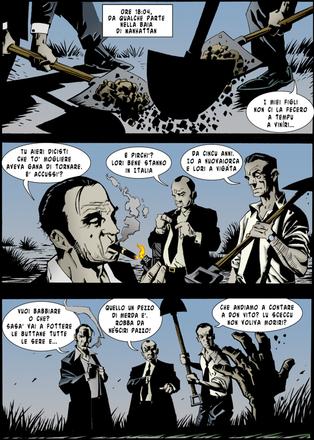 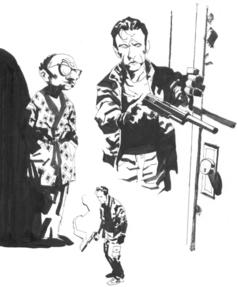 He's a contract killer and he's an unlucky bastard. He made a mess of a simple work and Momo, his Boss, gives him now a last chance to remedy and save his life. But he's a loser and his chronic clumsiness creates a pile of dead bodies. Now he's a sitting duck for Momo's gang.

Last on the List, is a grotesque and bloody tale with sharp dialogues and black humor that carries readers to a pyrotechnic conclusion.

In a secondary story, “WOPS”; Don Palermo is dead, long life to the new Godfather! But leading the Family is for "real men" and the new Boss has secrets that make his way of life too "difficult" for the Mob. This is the story of the brief and tragic reign of a new Mafia Godfather, lasting only a few hours. It’s a family drama narrated with cruel irony.