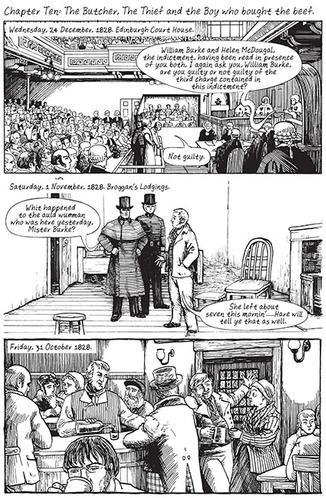 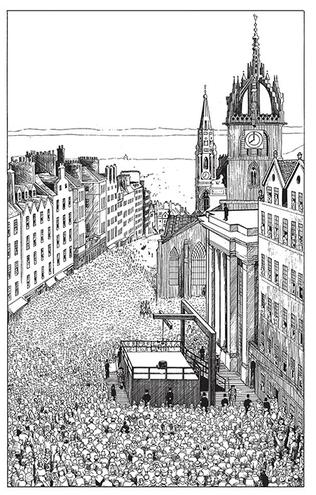 Illustrated by: Will Pickering 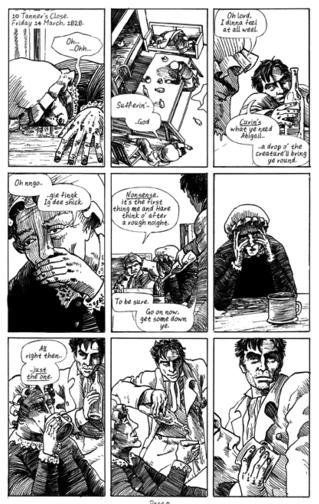 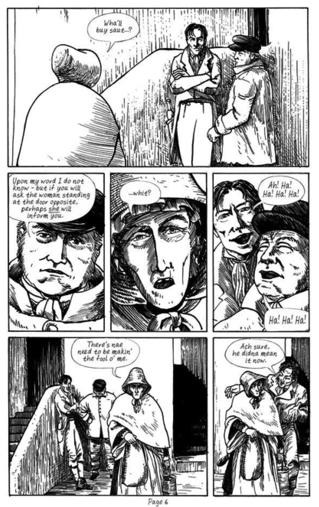 In 1828, two Irishmen named William Burke and William Hare murdered 16 innocent people and disposed of the bodies by bringing them to Dr. Robert Knox at Edinburgh University for medical dissection and supposed advancements in science, setting in motion an unthinkable scandal that, once discovered and made public, would rock the world's medical establishment. 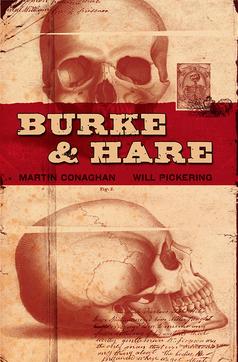 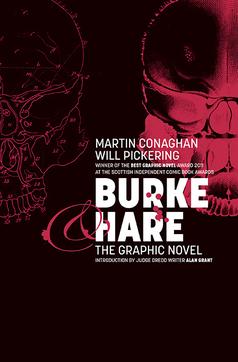 "A shadowy tale of greed and violence that sticks rigorously to the facts, with any deviations or flights of fancy catalogued in the expansive appendix. Will Pickering’s art matches the tone perfectly with well-researched and realised depictions of 19th century Edinburgh. A creepy history lesson that suits these long winter nights.” – The List

"Well paced, beautifully illustrated and painstakingly researched. Never gives in to the temptation to over dramatize events in a bloodthirsty Hammer Horror sort of way, even when there's ample opportunity to really play up the blood and gore angle. Delicate inking and well-researched visuals to capture the feel of 19th century Scotland, treating the readers to sweeping scenery, and moody crosshatching for those darker moments (of which there are many)." – Down the Tubes

"Brimming with murder, intrigue, cover-ups, conspiracies, and mystery, the gruesome tale of Burke and Hare has inspired many other artists to create fiction, plays, poetry and films drawing on the terrible events of the infamous West Port Murders of the early 19th century. It is now time for the truth to be set free." – Sci-Fi Pulse

"Genuinely chilling at times, just as it should be; the moments where Burke quite calmly recounts the murders, one after another, always ending with some iteration of the phrase “and she was disposed of in the same manner” really manage to convey the real horror of what was done, thanks to Conaghan’s writing and Pickering’s evocative artwork." – Forbidden Planet 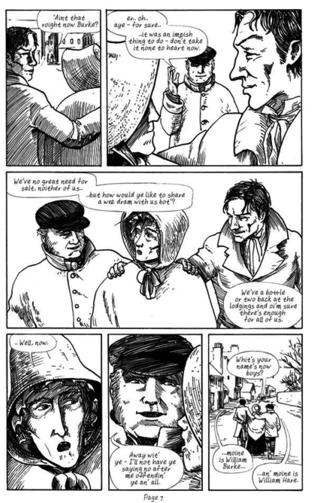 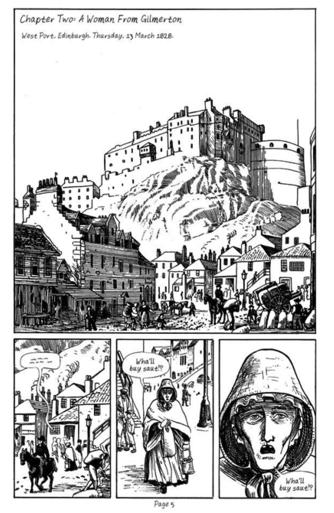