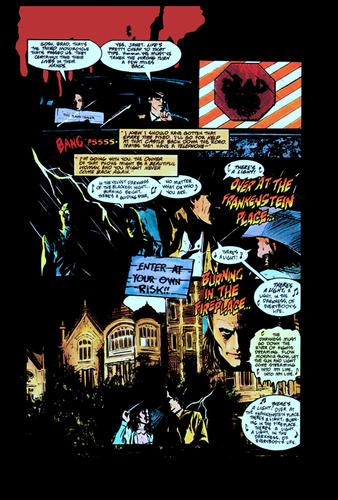 Full color graphic novel that collects all three Caliber released issues as a complete adaptation but also special features a profile on Rocky creator, Richard O’Brien;  the lyrics to all the songs; and the fan club version of the audience participation guide including a prop list.

Adapted and illustrated by Kevin VanHook, the official Rocky Horror Picture Show comic has is presented in trade paperback form for the first time ever.  While you’re doing the Time Warp, dream it! 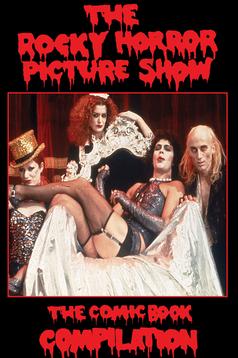 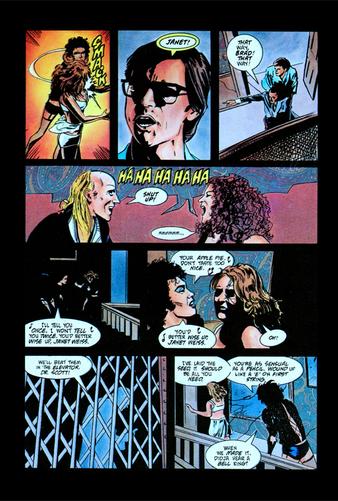 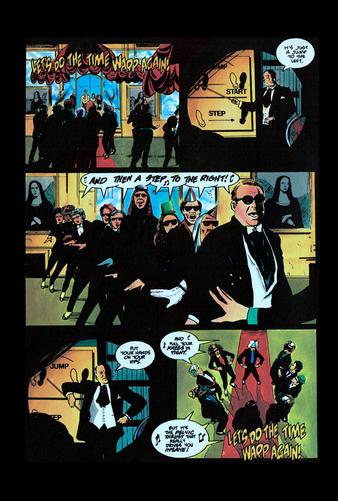 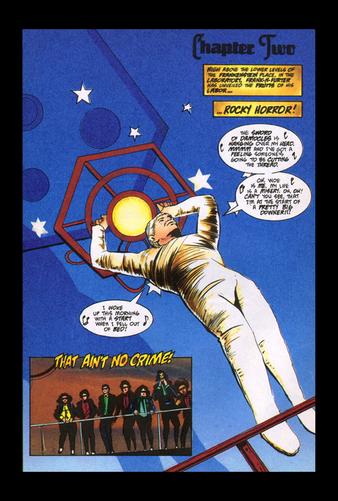