E. Mayen Briem started his writing career in 2001 as a script writer. Since then he has written several scripts for films, TV, two novels and worked as an Icelandic translator. His debut as a graphic novelist was in 2014 with the first issue of the “Horror City” series. There are now five “Horror City” issues available and one graphic novel anthology published in both English and Spanish… and plenty more to come. He currently lives in Mexico and divides his time between writing and running Legioncomix Publishing.

A team of American and international comic artists and writers has been brought together to create, Horror City, a unique horror anthology loaded with terror, black humor and twist endings. All the stories take place in the fictional “Payne City” a place where anything can happen and in which many of its deranged citizens are without a doubt, the worst kind of monsters.

“THE CURIOUS CASE OF BECKY THE BUTTON KILLER”: As the name might hint the story is a black humor parody of Fitzgerald’s  “The Curious Case of Benjamin Button”. Father O’Flanaghan is about to visit one of the dead row convicts inside a federal maximum security jail who’s about to be executed that very night. As O’Flanaghan enters the cell he’s stunned to discover that the convict is a five year old girl!

“BAD BLOOD” we join a sadistic captain working in a concentration camp. After shooting a prisoner he discovers that whatever he does he can´t wash the prisoner’s blood of him.

“WHEN ANGEL´S DESERVE TO DIE”: Sam is a bounty hunter but not a regular one. He hunts down renegade angels who have gone AWOL. He will find out that killing beautiful angel girls is a lot harder than he expected.

“RENT”, a young student, Alan, is desperate to find a decent room to rent, but so far he has only found overpriced disgusting rooms. His luck seems to change when Mrs. Wolde offers him a nice room at a cheap price but soon he’ll discover Mrs. Wolde’s dirty mutant little secret.

“GRETA’S HOUSE”: A group of kids play soccer close to an old house. One of the kids, Elijah, is a clairvoyant and sees a group of ghost children surrounding the house as if it’s under siege. An unfortunate accident will force Elijah and two of his friends to journey into the house.

“NEVER LOOKED BACK AT ME”: An old poor man scavenges for food in a dumpsite. As he walks on the gigantic piles of garbage he discovers the dismembered body of a young beautiful girl. He instantly falls in love with her.

“ZOMBIE DEMOCRACY”: Tom, a zombie hunter, follows a zombie into a polling station. He will discover a government conspiracy to use the undead as voters.

“BAD OFFICE DAY”: Father Hildebrand, a tough old school catholic priest, prepares himself for battle and recalls how he tracked down a traitor inside the high command of the Catholic Church learning of an imminent demonic invasion through a magic portal. Hildebrand has decided to journey into hell and blow away the portal himself.

“13&13”: Tom a WWII ace pilot is in the middle of a dogfight over the German countryside, but he’s not flying alone. A ghoulish creature sitting on the backseat has foretold Tom his exact hour of death. Tom will stop at nothing to make the creature change its mind. 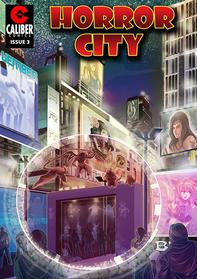 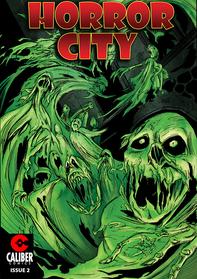 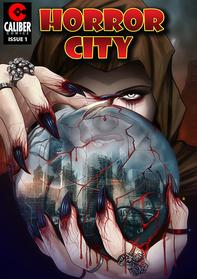 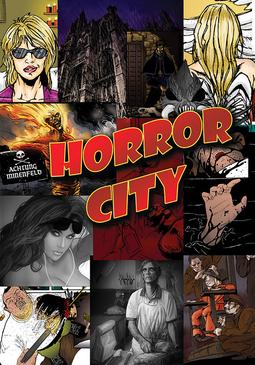 A horror anthology with international flare 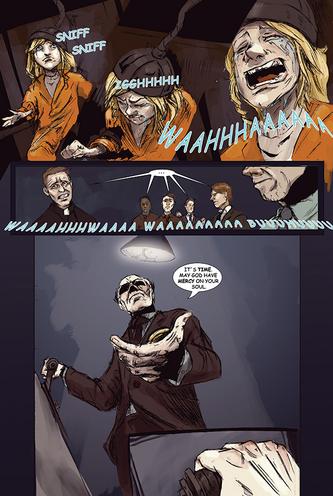 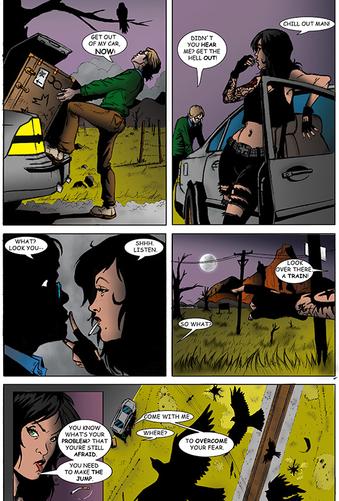 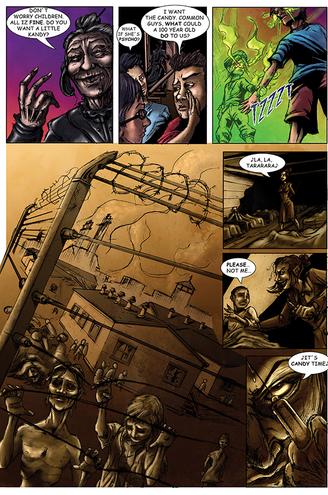 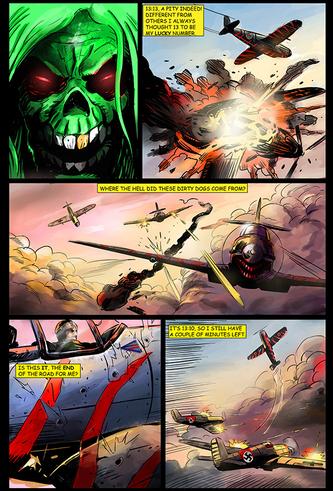 Published as 3 issues and graphic novel